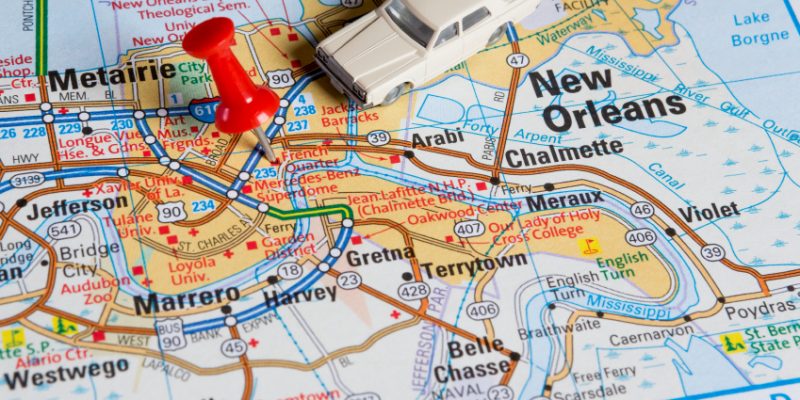 Louisiana has the least affordable auto insurance rates in the country, according to a study by the independent, nonprofit research organization, the Insurance Research Council (IRC).

Since August, members of the Louisiana High Auto Rates Task Force have met multiple times to address the issue and propose solutions.

Louisiana holds the distinction of having the least affordable auto insurance in the country due to two significant factors: the frequency of auto accidents that result in injury claims, and the prevalence of attorney involvement and litigation. The report is based on an analysis of IRC’s closed-claim research and other sources.

“The affordability of auto insurance is an important issue in Louisiana and many other states,” said Elizabeth Sprinkel, CPCU, senior vice president of the IRC. “As policymakers seek to address this issue, it is vital to have an understanding of the cost drivers that underlie variations in the cost of auto insurance for consumers.”

When it comes to auto accidents that result in insurance claims, in 2017, Louisiana had the highest bodily injury liability claim frequency in the country. There were 1.75 claims filed for every 100 insured vehicles, nearly double the national rate of 0.90 claims per 100 insured vehicles.

“For too long, Louisiana has earned the dubious distinction of having the most expensive auto insurance rates in the nation,” Daniel Erspamer, CEO of the Pelican Institute for Public Policy, told Watchdog.org. “This report proves that Louisiana’s sue-happy legal climate discourages the growth of jobs and opportunity in our state, while also unnecessarily costing Louisiana working families. If we want to put a stop to skyrocketing auto insurance rates in Louisiana, the first step is to reform our broken legal system.”

Louisiana has again been declared a “judicial hellhole” by the American Tort Reform Association.

Donelon was tasked by the legislature during the 2018 regular session to create a task force and make recommendations to the legislature to revise the existing processes and help lower rates.

“High auto insurance rates have plagued Louisiana families for years, and while we’ve come up with some Band-Aids, we haven’t seen any silver bullet solutions,” Donelon said in a departmental release. “I’m hopeful that recommendations made by this task force will be successful where previous efforts have failed.”

After the November meeting, Talbot, with input from the task force members, referred several matters to the Actuarial Working Group headed by Rich Piazza of the LDI, to review in more detail.

The task force suggested enhanced penalties (or other means) be considered in order to discourage distracted driving and hopefully prevent accidents. They also suggested that seatbelt use be considered as a determining factor for assigning negligence.

In order to reduce fraud and better use state resources the task force also asked the LDI Working Group to address inflated medical billing and consider providing rules about the use/collection of proceeds from Collateral Sources to eliminate duplicate collection of benefits.