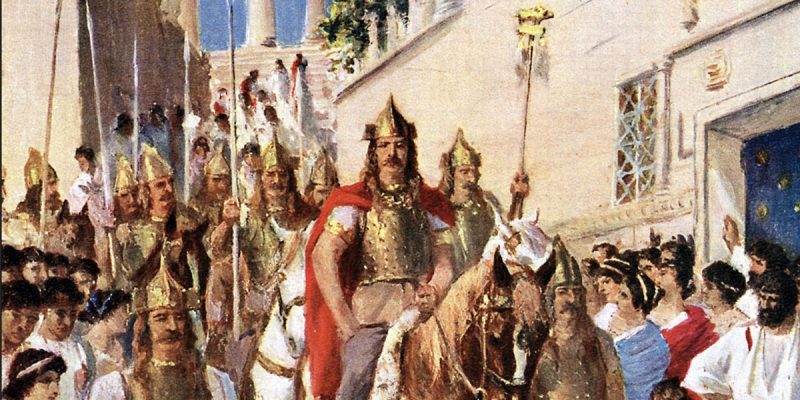 We haven’t done a whole lot about the rolling fight over Louisiana’s Industrial Tax Exemption Program, or ITEP, because for most of our readers we know it’s an incredibly dry, “in the weeds” subject. That said, we had a guest column last month from former Baton Rouge Metro Councilman Ryan Heck which stirred up lots of people, and we offered a rebuttal of sorts to what Heck said – noting that some of the shortcomings of ITEP are unmistakable but given Louisiana’s uncompetitive and socialistic tax code, particularly as it affects business, without ITEP nobody in their right mind would choose to invest their capital here.

That’s an opinion which was shared in another recent Hayride post, this one written by Sen. Conrad Appel.

Sure, three posts in less than a month might seem like a lot about the fairly dry subject of industrial tax breaks. Except the ITEP debate might be the single most important subject going in Louisiana, as it’s the number one bright-line difference between Louisiana’s left and its right.

Because this state’s left, personified (as usual) by the socialists at Together Louisiana and its subchapters around the state, is doing everything they can to kill ITEP. And Gov. John Bel Edwards has opened the gates for the barbarians to enter.

As of this afternoon, the petition has garnered nearly 350 signatures. The group says its issue with Exxon’s ITEP requests is that the property tax breaks are supposed to provide an incentive to invest, but Exxon’s project investments in question had already been made.

“For so long, they’ve been getting these exemptions over and over,” says Together Baton Rouge volunteer leader Dianne Hanley. “We started looking more closely at what the program was trying to achieve—to incentivize investment. But they are asking for incentives for things they’ve already done.”

As Exxon explained last week, however, the company’s investment decisions for three projects, associated with the ITEP requests, were made while the ITEP rules were being revised in 2016 after Gov. John Bel Edwards’ executive order. Like other companies, Exxon waited until after the new rules were adopted before moving forward with its ITEP applications for the projects, says spokeswoman Stephanie Cargile.

Exxon has taken the same steps as other companies with ITEP applications related to completed investments, she adds. Georgia Pacific had a similar ITEP request recently approved without objection.

“By singling out ExxonMobil despite hundreds of other companies filing applications, this group is not only maligning the largest corporate investor of East Baton Rouge Schools, but they are also sending a strong anti-business message to our corporation,” Cargile says in a statement.

Why is this Edwards’ fault? Well, before he came on the scene ITEP requests were processed at the state level through Louisiana Economic Development and then presented to the state Board of Commerce & Industry – and BC&I would make the final dispensation after the project was completed and its cost numbers were known. Spend $50 million on a plant expansion and create 100 jobs, or whatever, and BC&I would then grant your ITEP request and give you an abatement on property tax.

But what Edwards did when he took office was to bring in the local governments and give them part of the process. That was the gate being opened for the barbarians, because no sooner did he do that than Together Louisiana began riling up mobs of leftists to pressure local school boards and parish councils to kill ITEP requests. That’s going on in Baton Rouge, it’s happening in Ascension, in New Orleans and other places around the state.

And what’s happening isn’t so much that Together Louisiana is winning these fights. It’s that the companies who would be seeking the ITEP credits are losing interest in getting involved with Louisiana. Why bother? The schools here suck and the workforce isn’t educated, the roads are in poor shape and your trucks get stuck in traffic, wasting time and money, the politicians are crooks and morons, you have to fight like hell for tax credits to offset an uncompetitive tax code, the local economy is poor compared to the neighbors. Texas is a paradise compared to this, and rather than have to grease a bunch of entry-level pols in Baton Rouge or Gonzales or Sulphur so their police juries or school boards will agree to play ball on a level which isn’t even as good as what’s on offer across the Sabine River, these large firms operating in the petrochemical and manufacturing sectors are increasingly just ignoring Louisiana opportunities altogether.

That isn’t an opinion, by the way. It’s a fact. We know this because the numbers are in. In a letter which went out yesterday to the BC&I from three organizations representing the bulk of the capital investors in Louisiana’s economy, those numbers are laid out in pretty stark detail. The emphasis below is ours…

Dear Board of Commerce and Industry Member,

As representatives of the manufacturing community, we very much appreciate the challenges you faced the last two years attempting to arrive at a process for handling ITEP applications. We laud you for your efforts, and we particularly commend the BCI’s actions during your most recent meeting when applying the new rules governing the program.

Consistency and predictability are key to the ITEP’s value and success. Without these, manufacturers are discouraged from considering Louisiana for siting and/or expansion of their plants.

The impact of the uncertainty created in 2016 is clear in the LED’s own ITEP data. In the six years preceding the executive orders and subsequent rule changes, the number of projects coming to Louisiana averaged 684 annually and the anticipated new jobs they were to bring averaged 3,335. In 2017, the number of projects in Louisiana collapsed precipitously (72% from the average) to 192 and anticipated new jobs fell (45% from the average) to 1,850. These declines occurred during a year when our national economy saw a robust re-emergence of manufacturing activity of which Louisiana should have been a significant beneficiary.

You understand that the ITEP is critical to Louisiana’s ability to attract and retain manufacturers. You also realize that manufacturing accounts for 21% of total state output and employs 7% of Louisiana’s workforce in good paying jobs with salaries that average $87,000, which is more than double the average wage paid in the state.

The Board’s actions during its October meeting established standards and expectations for ITEP applications related to 2017 investments as well as applications for capital investment for job retention. This development was generally well received among those operating within the manufacturing sector.

It is important to secure Louisiana’s economic future, and thereby, the funding of state and local government. All ITEP applicants must be treated equally under the law. If they have complied with the rule requirements, then they should receive the exemption. We ask that you stay the course in awarding industrial property tax exemptions. Consistency and clarity will yield predictability for ITEP applicants, which must continue to be the Board’s goal.

Thank you for your work and dedication to our state through your service as a Board member.

Got that? Louisiana’s new capital project totals dropped off by 72 percent after Edwards brought the locals into the ITEP equation and empowered Together Louisiana to monkey around with the state’s economic future. Let’s remember that this state’s economy is not and has never been driven by a lot of startup entrepreneurial companies growing into major national firms. That doesn’t happen here – mostly because of that awful tax code and the effect it has on competitiveness, plus some other factors (go ask Raising Canes founder and CEO Todd Graves about trying to grow his company into a fast-food monster from a Baton Rouge headquarters). If you want large-scale job creation in Louisiana you have to import it by attracting big investments from multinational companies, and it’s heavy industry like oil refineries and chemical plants you’re going to have to go for, because that’s the sector Louisiana can compete in.

And those are the projects being choked to death while Together Louisiana gins up phone calls from slobbering leftists to local yokel politicians.

And the effect of this on Louisiana is what we call the Texodus – the exodus of our productive citizens to places where the economy is a hell of a lot more dynamic, like that place across the Sabine. It turns out that between July of 2017 to July of this year Louisiana experienced a population loss of some 11,000 people, which was the fourth worst in the country behind New York, Illinois and West Virginia. Texas added almost 400,000 people, Florida added about 300,000, Georgia added 100,000, Alabama added 13,000, Arkansas added 11,000, Tennessee added 61,000 – other than Mississippi, which lost 3,000 residents, all of our neighbors are growing while we are in decline.

And it’s outmigration which is driving the numbers. When the Census Bureau compiled these numbers last year they determined Louisiana had a net outmigration of 27,515 people, leading to a net population loss of 2,000. That was an awful number, to be sure, but the current one is worse – between July 2017 to July 2018 a net of 27,914 of our friends and neighbors picked up stakes and left for some other state, principally the one across the Sabine River, which offset 3,012 immigrants from overseas settling here and a net increase of 14,085 from more births than deaths.

This is what happens when you aren’t competitive with your neighbors, and it’s what Together Louisiana is doing with John Bel Edwards’ help. And they’re doing it to make this place New York or Illinois – states where the only people who get elected are Hard Left loons with affinities for Cuba and Venezuela and “renewable” energy.

Somebody needs to ask John Bel Edwards if he knew what he was doing letting the Saul Alinsky commissars into the economic development process, or if he’s just that much of a blithering idiot. Either way, he’s quickly becoming the worst economic-development governor in Louisiana history, and if he gets a second term there won’t even be anybody left to turn out the lights.