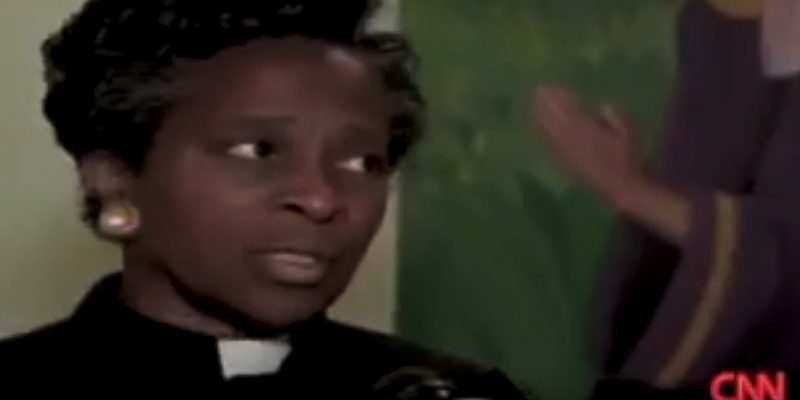 A controversial black priest, Rev. Brenda Lee, who is now deceased, was dragged away from a press conference by Secret Service after questioning former president Barack Obama. She was also thrown off of Air Force One.

She didn’t protest like Jim Acosta. And CNN seems to have forgotten that it interviewed her.

Rev Brenda Lee, was a Christian journalist for the Georgia Informer. In 2009, Obama was so scared of questions by her that he had his Secret Service humiliate & drag her away from Press Area EVEN though she had a Press Pass.

What kind of pig does this to a lady?#PressFreedom pic.twitter.com/e2zEwPOGk8

In 2009 Lee led the charge in California, urging voters to legalize marriage between one man and one woman, writing that she “was the only clergy to appear in the Daily Pilot protesting same sex marriages on June 17th at the Santa Ana Court House. Where were the other 200 + ministers/priests of Orange County?”

Voters overwhelmingly supported Proposition 8, legalizing marriage between one man and one woman. Their vote was unconstitutionally overturned by one homosexual judge.