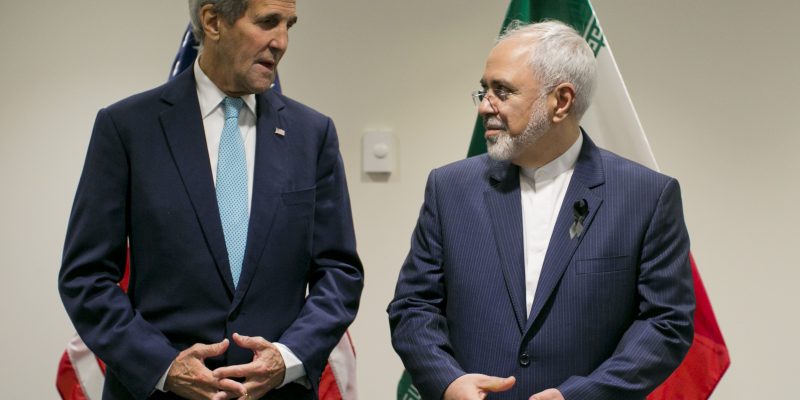 According to the Boston Globe, Kerry secretly met with politicians and diplomats around the world to undermine President Trump and keep the Iran nuclear deal in place. The Globe reports that Kerry met with Iranian Foreign Minister Javad Zarif multiple times over several months in 2018. He also met with former German President Frank-Walter Steinmeier, French President Emmanuel Macron and multiple members of Congress.

Fox News political reporter Brooke Singman stated that a Kerry spokesperson admitted the Globe’s reports were accurate. Singman said: “Secretary Kerry stays in touch with his former counterparts around the world,” and Kerry “was working to make sure the tenants of the Iran Deal “’remain effective’.”

The Boston Herald has called for a full investigation of John Kerry. It states:

If special counsel Bob Mueller is truly interested in investigating people who are colluding with nefarious foreign powers to undermine U.S. interests, John Kerry should be Target No. 1 for secretly meeting with Iran’s foreign minister, Javad Zarif, and other foreign officials in recent weeks to usurp U.S foreign policy.

It’s a role that as a private citizen, Kerry has no mandate or authority to pursue.

“The United States does not need John Kerry’s possibly illegal Shadow Diplomacy on the very badly negotiated Iran Deal. He was the one that created this MESS in the first place!”

This year he said:

.@realDonaldTrump: John Kerry violated the Logan Act. He's talking to Iran and has been, has many meetings and many phone calls. And he's telling them what to do. That is a total violation of the Logan Act.

But why isn’t Kerry being prosecuted and tried for breaking the law, like anyone else would be?

Interested in more national news? We've got you covered! See More National News
Previous Article Texas Legislators head ‘back to school’
Next Article Are You 100 Percent Sure That John Bel Edwards Will Even Make The Runoff This Fall?