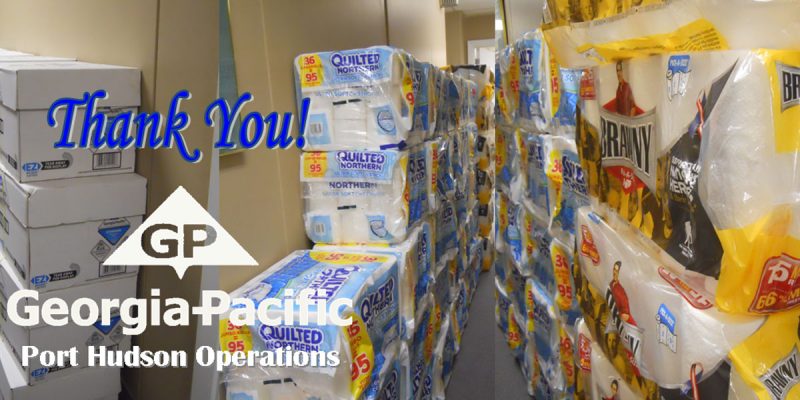 There go 700 jobs at GP’s Port Hudson facility – and now we get to see a test case for the economic effects of Together Louisiana leftism on Big Industry in Baton Rouge.

Georgia Pacific is announcing this morning it will close the communications paper division of its Port Hudson facility, as well as the wood yard, pulp mill and energy complex that support it.

The closure, effective in mid-March, will result in the layoff of some 650 workers at the plant, as well as the elimination of an additional 40 to 50 related sales and business positions companywide.

The local facility’s consumer tissue and towels division, which employs 300, will remain in operation but will rely on purchased pulp as its feedstock.

A Georgia Pacific spokesman says the decision is not a reflection of the local facility’s performance but is in response to changing market conditions and slowing demand for copy and office paper.

“The company ultimately decided that the required investment to sustain the operation long term, coupled with that declining market is just not viable,” says Kelly Ferguson, Georgia Pacific senior director of public affairs and communications.

This has less to do with the worsening industrial climate in Baton Rouge courtesy of the Together Baton Rouge ITEP food fights and more to do with the fact people are buying less copy and printer paper as the world goes increasingly paperless. But the effect is the same – 700 good jobs out the door.

The Baton Rouge economy will likely be able to soak up a large number of these laid-off people. Quality workers have been in high demand in this market for some time. But GP could easily have decided to repurpose their commercial paper plant to do something there was more of a market for, and chose not to. They chose not to despite the fact that back in November a $42 million investment in upgrading other GP facilities at Port Hudson using a tax abatement from the ITEP program sailed through the Board of Commerce and Industry. When it was time to make a decision on the fate of the commercial paper division at Port Hudson, a repurposing wasn’t in the cards.

Is the current business climate and the Together Louisiana-ExxonMobil spectacle part of the reason why? Who can say? GP is one of the Baton Rouge area’s largest employers, though, and GP is now a smaller employer than it used to be.

We’re not moving forward, and there are people very active in this town doing everything they can to prevent us from doing so. Today’s news ought to be a wake-up call for them.