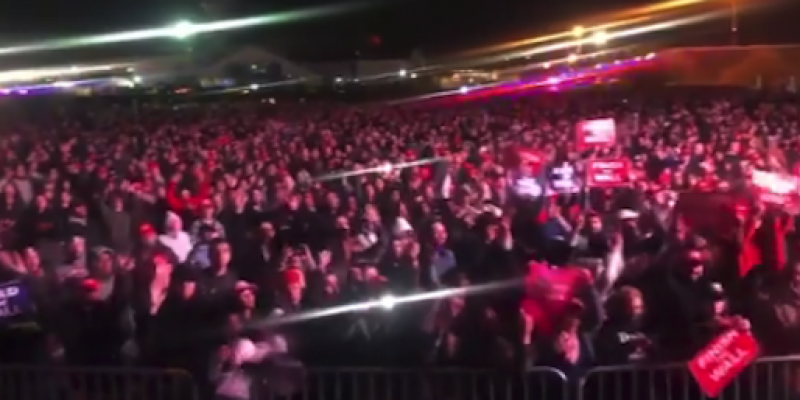 On Twitter, “reporters” stated thousands attended Beto’s event, when in actuality, the president’s claim that only a few hundred attended, was more accurate.

We are fighting for all Americans, from all backgrounds, of every age, race, religion, birthplace, color & creed. Our agenda is NOT a partisan agenda – it is the mainstream, common sense agenda of the American People. Thank you El Paso, Texas – I love you! https://t.co/4Lz4PUwKzV

Here are the false claims and criticisms of Trump and his supporters:

Here’s the actual eyewitness photo from the press pool at Beto’s event:

Beto rally from press pool no comparison to even a high school football practice crowd pic.twitter.com/ljMovQ7KTV

Here’s the video of outside:

This is the overflow crowd at the Trump Rally in El Paso, TX. The media won't show you this! pic.twitter.com/cwduWyer7y

The fake news used numbers attributed to Trump to Beto. They deliberately lied.

And, by the way, the people of El Paso want a wall, including Mexican-Americans, Latinos for Trump, Blacks for Trump, and many others who don’t want illegals bringing crime, drugs, and trafficked children into America:

The people of El Paso say it's time to stop playing games and #FinishTheWall! pic.twitter.com/RQDaf2j97B

Why? Because America is a place where the rule of law still exists. It’s illegal to traffic people, because our laws say it’s a human rights violation to smuggle people and sell them.

People who support enforcing the law support the flourishing of a free society within the limits of law and order. The U.S. operates within “ordered liberty.”

Laws exist because people will break them for their own selfish reasons. The government’s primary purpose is to maintain order– and it cannot do that if it institutionalizes theft in other areas of policy in addition to taxation.