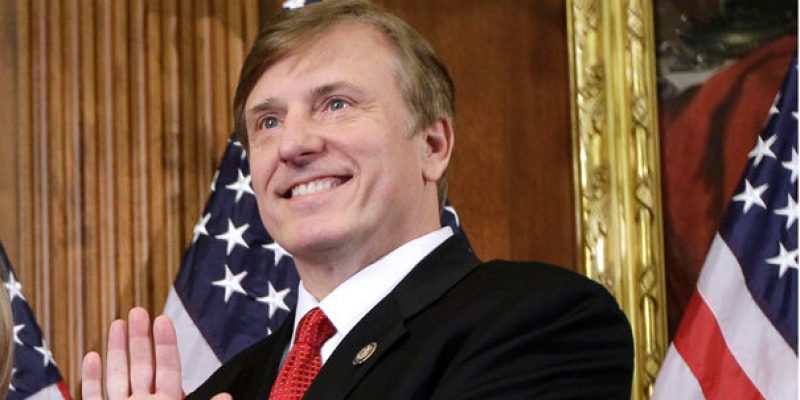 Former U.S. Rep. John Fleming (R) was sworn-in on Friday after being confirmed by the U.S. Senate earlier this month for his presidential appointment to the post of Assistant Secretary of Commerce and head of the U.S. Economic Development Administration.

In his position, Dr. Fleming will be tasked with executing the Trump administration’s federal economic agenda according to a press release from the agency.

“I am honored to continue my service to the nation in the role of Assistant Secretary of Commerce for Economic Development and I thank the U.S. Senate for their vote of confidence. I am very excited about this opportunity because it allows me to use my broad and deep background as an entrepreneur, veteran, physician, and former U.S. Congressman to serve the American people.” – Dr. John Fleming

His name was floated as a potential wild-card in the 2019 race to be Louisiana’s next Governor. It was rumored that he would only enter the race with President Trump’s endorsement. It is not entirely clear whether or not the rumors were fabricated by democrat opposition to undermine the two current Republican candidates.

The health professional worked in Washington D.C. since 2017 after being appointed by President Trump to serve as the Deputy Assistant Secretary of the U.S. Department of Health and Human Services.

“John’s diverse experience as an entrepreneur, veteran, physician and former U.S. Congressman make him an excellent choice to lead EDA. I look forward to working with John on advancing the President’s economic agenda at the Department of Commerce.”

Born in Mississippi, Dr. Fleming became a great contributor to Louisiana as a physician, businessman, and public official. He has owned, operated or partnered with dozens of Subway restaurants and UPS locations throughout Northwest Louisiana.

Interested in more news from Louisiana? We've got you covered! See More Louisiana News
Previous Article What To Make Of Richard Lipsey’s Demands For A Housecleaning At LSU?
Next Article You Know What Teachers Really Need? Smaller Class Size