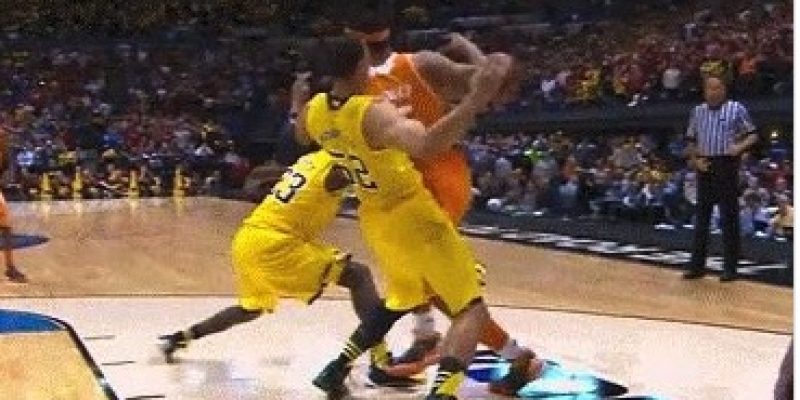 In case you missed it the Tennessee Vols made history despite losing the game that would have moved them into the Sweet 16.

Tennessee is the first team to play back-to-back overtime games in the NCAA Tournament since Florida in 2011, ESPN reports.

A disastrous 24 minutes for the Vols — leaving them down 18 to the Purdue Boilermakers in the South regional semifinals — made way for 16 minutes of the most inspired basketball they’ve played. And some of the craziest we’ve seen in this tournament, which is saying something.

Vols came back from an 18-point deficit to lose in Over Time:

Tennessee is the first team to play back-to-back overtime games in the NCAA Tournament since Florida in 2011.

This is Purdue's 7th OT game in the NCAA tournament. The Boilermakers are 3-3 in their first 6 OT NCAA Tournament games and have lost the last two.

After a bunch of blunders:

They could not finish, and when this was over — South Region No. 3 seed Purdue 99, No. 2 seed Tennessee 94 in overtime — there was visible pain on that UT bench beyond the average season-ending loss.

How's this not a 5 second violation? The cheating ref wasn't even counting & that wasn't even close to a foul. #Tennessee #Purdue #MarchMadness @notthefakeSVP #Rigged That dude with the perfect #Bracket is getting screwed. #Vols pic.twitter.com/yWEcRLbJ9x

Still, there was gratitude all around:

"I play for an audience of one. My audience being Jesus, my Lord and Savior. That's the audience I want to please. It's Him." – @JordanBone23 #Vols #MarchMadness pic.twitter.com/4qXyZ0HEdi

"It's a blessing to be able to call myself a Tennessee Volunteer."

Thanks for a great season, Vols. pic.twitter.com/fGrFpris2Y