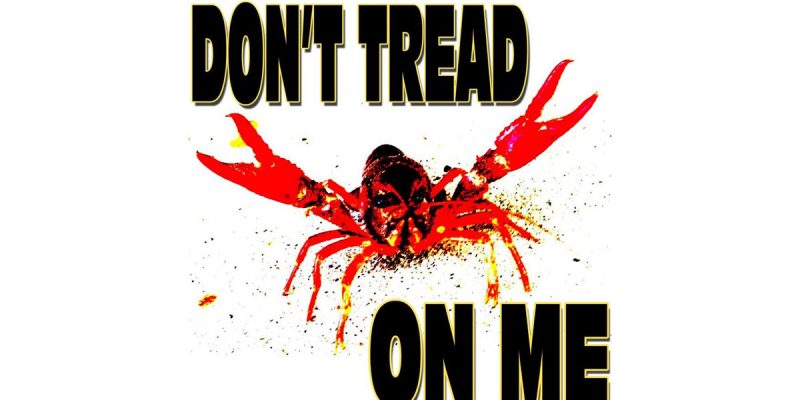 There’s a show on the Cooking Channel called Man Fire Food. It’s hosted by a cat named Roger Mooking, who’s a recordin’ artist and a cookbook writer in his day job, an’ the show is what all of these shows are – it’s him goin’ all around and meetin’ people who cook stuff.

This is a pretty common thing for these cookin’ shows – most of the time they’re about cookin’ stuff differently than it’s supposed to get cooked, because if you cook it like it’s supposed to get cooked all the time there isn’t much to do a show about. There’s the one recipe which is the correct way to cook somethin’, and once you’ve done a segment on your show with a guy cookin’ stuff accordin’ to that recipe, you’re done.

Which means these shows are always lookin’ for novelty with respect to how stuff gets cooked.

An’ this is why Cajuns, I notice, hate these cookin’ shows. They legitimately get de foix over them, at least every time there is “Cajun” food depicted on these shows – because you are not supposed to be tinkerin’ around with Cajun food.

You do not put tomatoes in gumbo. You do not mess around with red beans and rice. You do not introduce foreign objects into your jambalaya.

And you do NOT to this to crawfish, at least if you don’t want to make your viewers in Bayou Country want to jump off a bridge. From Season 6, Episode 9 of Man Fire Food…

Roger Mooking heads to the country music capital Nashville, where chefs are playing meaty tunes. At Urban Grub, Chef Edgar Pendley fans the flames in a massive 18-foot-tall hearth and hangs a wall of house-made andouille sausages and pork ribs rubbed with sorghum and spices. Those sausages head into a kettle brimming with a flavorful boil with crawfish, fire-roasted potatoes, and corn. Whole hog barbecue is the main attraction at Martin’s Bar-B-Que Joint. Pit Master Pat Martin shares a passion project with Roger, a six-foot-tall rig that can smoke a flock of spice-rubbed chickens suspended in air. To complete this chorus of fiery flavors, there’s a side of meaty baked beans and slow-roasted cabbage wedges.

Coulda toldya that would be a problem. First of all, andouille in Nashville is like bourbon in Utah – the geography matters. And yeah, the one-minute boil with no soaking is a thorough atrocity. And yeah, no seasoning is real, real bad.

Maybe those dudes up in Nashville can BBQ. They know how to do that there. But that show proves they can’t hack crawfish and shouldn’t be allowed to try. Kimchee? Srsly?

Interested in more news from Louisiana? We've got you covered! See More Louisiana News
Previous Article You Know What Teachers Really Need? Smaller Class Size
Next Article There Are Only Two Days Until The Hayride’s 2019 @Large Tour Stop In Mandeville. Get Your Tickets Now!