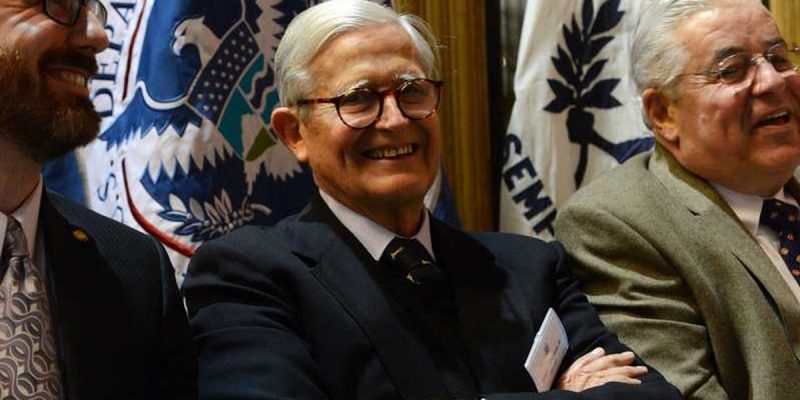 On Friday afternoon James Coleman, Jr will be laid to rest in New Orleans.

While a prominent figure in the New Orleans business community and society circles, Coleman left a greater mark on the city than most politicians could ever hope, expanding the foundation of New Orleans’ critical tourism industry through his hotel developments and redevelopments.

Coleman was heavily involved in the Mardi Gras community through his leadership in one of the city’s older parades.

I knew Jimmy through his diplomatic and philanthropic service as the honorary British consul in the Crescent City.

And Coleman had a lot more to show for his time in that prestigious office than the special license plate that comes with the title.

Despite his busy schedule handling business interests locally and in the northeast, Coleman made time to participate in local British cultural events, especially the commemoration ceremonies related to the Battle of New Orleans, something practically all of the city politicians skipped.

But Coleman wasn’t there for ribbon cuttings for someone else’s projects; more often than not he was the one who footed the bill.

Two projects in particular that he helped finance were the bicentennial reenactment of the Battle of New Orleans on January 8, 2015 and restoration work on the De La Ronda ruins.

Years before the important anniversary, the nattily  attired British consul stood in the midst of a muddy forest with a shovel in one hand and a check in the other to mark the beginning of a remarkable landscape transformation.

On that same site in January 2015 over one thousand living history reenactors from across the globe had gathered to recreate one of most consequential military engagements in American history.

The world class battle reenactment would not have been possible without Coleman’s genorosity.

The British forces had captured the mansion and used it as a field hospital during the battle.  The De La Ronde Plantation was where the body of British General Edward Pakenham was taken after he suffered a mortal wound while rallying his forces.

Coleman bought what the ladies were selling and donated funds for the rebuilding of segments of the walls and their illumination, significantly enhancing an important landmark in St. Bernard.

In contrast to the city’s  political actors who created needless acrimony and wasted public funds to subtract from our region’s rich history for the sake of political theatrics, Coleman at personal expense added to it and did so with his characteristic class and modesty.

On Thursday morning in an understated gesture, the Star Spangled Banner and Union Jack were lowered to half-staff in recognition of Coleman’s patronage towards the preservation of an important fragment of local, national, and world history.

At a time when our history is being eroded, we should be thankful for men such as Coleman who unselfishly shared their resources so that future generations will be able to appreciate these milestones in our national story.