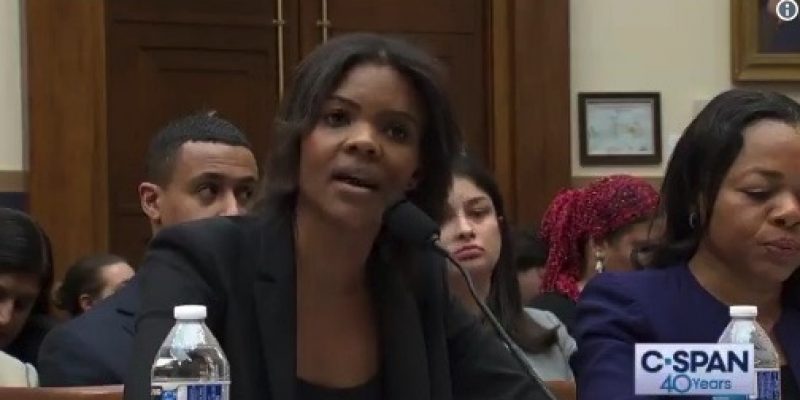 Instead of discussing the topic of hate crimes, Lieu played an edited audio clip of Owens responding to a question about Adolf Hitler and nationalism. He held up his phone and played the edited clip, but had no idea how it would backfire.

He said: “I don’t know Ms. Owens. I’m not going to characterize her. I’m going to let her own words do the talking. So, I’m going to play for you the first 30 seconds of a statement she made about Adolf Hitler.”

.@RepTedLieu plays recording of Candace Owens: "I don't know Ms. Owens. I'm not going to characterize her. I'm going to let her own words do the talking. So, I'm going to play for you the first 30 seconds of a statement she made about Adolf Hitler." pic.twitter.com/xiilLBUIwF

Rep. Reschenthaler, the next Republican member of the committee to speak, said he wanted to give Owens the opportunity to respond to Rep. Lieu’s accusation. Which she did:

Candace Owens: "I think it's pretty apparent that Mr. Lieu believes that black people are stupid and will not pursue the full clip…That was unbelievably dishonest…I'm deeply offended by the insinuation of revealing that clip without the question that was asked of me." pic.twitter.com/UioMSZK93d

Here is video of Candace Owens' full answer on nationalism and Hitler pic.twitter.com/NfBvoH8vQg