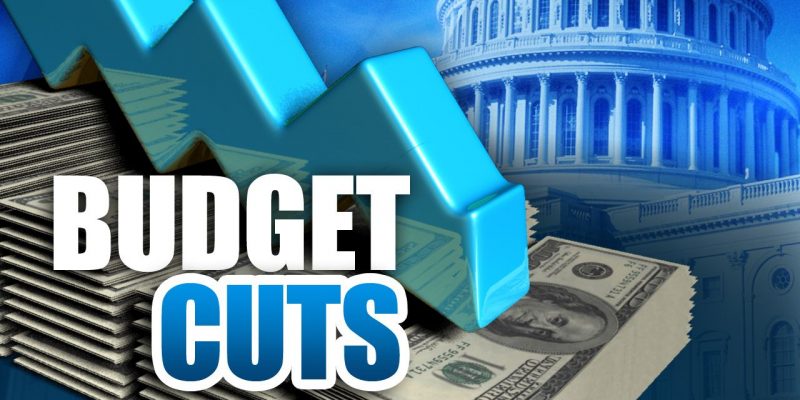 After delving into the details of the budget recently proposed to the U.S. Senate Budget Committee, spending actually “increases by an average of 3.5 percent annually under the Senate’s ‘draconian’ budget plan,” Mitchell said.

The budget resolution decreases spending on Medicaid, children’s health insurance and Affordable Care Act subsidies by $281 billion, and on Medicare by $77 billion, or $845 billion over 10 years. Some of the reductions, between $250 billion and $300 billion, would be redirected to other health programs, according to an estimate from the Committee for a Responsible Federal Budget’s Marc Goldwein.

Sen. Bernie Sanders, I-Vermont, a ranking member on the committee, said the proposal is “a disastrous budget for the middle class and working families of this country.”

His Medicare-for-all legislation would expand federal spending on the program by as much as $30 trillion, having the opposite effect of cuts proposed by the Trump administration.

During budget discussions, Sanders tweeted, “FDR stated the Bill of Rights wasn’t enough and we needed to guarantee economic rights as well: the right to a decent job, the right to health care, housing, education, retirement security, etc. I agree with FDR. Economic rights are human rights.”

But Adam Toomey at FEE argues Sanders “is ignoring the fact that free-market economics is a prerequisite for political liberty to exist at all. The two are intimately intertwined.”

In Toomey’s polemic, he argues that under Sanders’ plans, “Freedom of choice will inevitably be traded for the security of income,” which will ultimately “completely distort market economics.”

But Mitchell points out that decreased spending doesn’t mean cuts: “Politicians claim there are ‘cuts’ because spending levels in the Senate plan don’t rise as fast as what would happen if spending were left on autopilot.”

The numbers proposed simply mean that the burden of government spending won’t grow as fast as previously planned, Mitchell said. In reality, “the political elite like this dodgy game because they can pretend they are fiscally responsible while simultaneously making government bigger,” he says.

Concern about spending “cuts” being labeled as dishonest are “eminently reasonable,” Bill Bergman, director of research at the nonprofit organization Truth in Accounting, told Watchdog.org.

“And consider we are talking about budget cuts, which is about plans, not results,” Bergman said. “There are words, and there are deeds. Budgets are prospective planning tools, at best. At worst, they are deceptive rhetorical tools. In the results, we’ve had significant deterioration in our federal government’s finances in the last decade.”

While Congress may squabble over spending cuts or no spending cuts, the national deficit, the annual gap between spending and tax revenue, is projected to surpass $1 trillion next year.

White House officials suggest their proposed budget last month would eliminate the deficit by 2035, but have expressed concerns about the amount of debt the government owes.

The existing $22 trillion debt affects government spending. In next year alone, the White House projects that the government will spend $482 billion solely on interest payments for debt, an amount greater than the entire Medicaid budget.