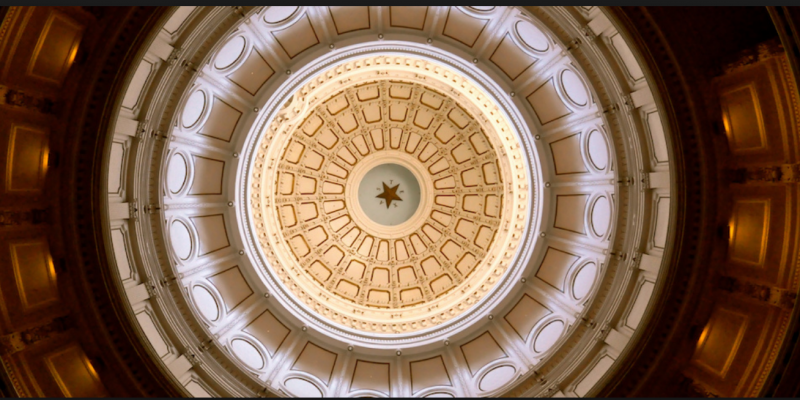 The budget the Texas State Senate passed increased spending by roughly 10 percent, or $5 billion in additional dollars over population plus inflation.

“In yet another slap in the face to the taxpayers who elected them, the Texas Senate voted on Tuesday to approve a budget that grows state spending beyond Texans’ ability to pay for it,”Brandon Waltens at Texas Scorecard argues.

“And not a single senator objected.”

Only 2.7 billion of the budget is dedicated to property tax relief– or 1 percent.

The Texas Public Policy Foundation and other conservative think tanks and taxpayer watchdog groups all sounded the alarm on the fiscally irresponsible budget, urging senators to amend the legislation and put 5 billion of surplus revenue towards tax relief.

No one listened. No senator offered even on amendment to the bill.

State Sen. Bob Hall, R–Edgewood, expressed concerns about the increased spending but still voted “yes,” rationalizing that doing so was part of the legislative process.

The next step in the budget process doesn’t look good, according to Texas Scorecard:

The Senate unanimously voted to approve a supplemental budget that spent a billion dollars on ongoing expenses, largely from the state’s economic stabilization fund, or “Rainy Day Fund,” meant for one-time, unforeseen expenditures and economic downturns.

And though the Senate’s budget grows state spending above population and inflation, the House recently approved a budget that blows the limit out of the water, spending an astonishing 14 percent above levels from the previous biennium.

There are 35 days left until the end of the Texas Legislative Session. Whether or not a responsible budget is passed and approved remains to be seen.

Interested in more news from Texas? We've got you covered! See More Texas News
Previous Article On Thursday, Join Us At The Hayride’s @Large Tour Stop In Baton Rouge!
Next Article Hayride Radio 4-22-19: The ROI Of Legalized Sports Gambling