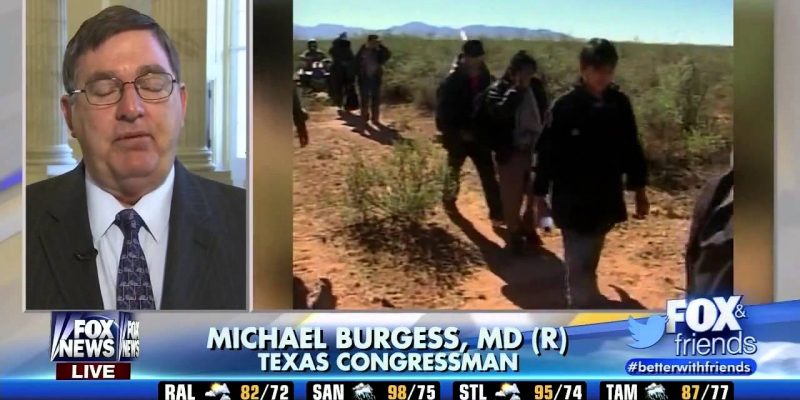 “This bill is a bill that I had introduced before in 2014 when it was predominantly the unaccompanied minors that were coming across. I recognize that it was costing the taxpayer quite a lot to keep kids in shelters for 30 to 60 days until they could be placed with families in this country.”

“Deduct that amount of money from the foreign aid that’s going back to the host country or the originating country. So the calculation then was $15,000. I’ve actually increased that to $30,000 per child because the length of stay has increased and it’s costing a lot more to take care of these kids in shelters. There’s, what, 14, 15,000 children in shelters right now — the taxpayer’s footing the bill for that. It makes no sense then to ask the taxpayer to send money back to the home country in foreign aid. Those countries need to step up. They need to do the job.”

“Right now the rhetoric I’m hearing and what I’m hearing in my committees and what is being discussed is people want no borders. The Democrats want no borders,” he added. “They really do favor just having a region rather than a border and let the free flow of goods and people come just traverse that area. Clearly a country needs borders. You’ve got to — if you don’t have borders, you don’t have a country. And the president’s said that and I agree with him very much. But the rhetoric that I’m hearing on the hill is one that is not in favor of strengthening border security.”

Interested in more news from Texas? We've got you covered! See More Texas News
Previous Article Louisiana Department of Education awards three girls as 2019 Students of the Year
Next Article Terrebonne Parish Is The First To Fight Back Against JBE’s Coastal Lawsuits