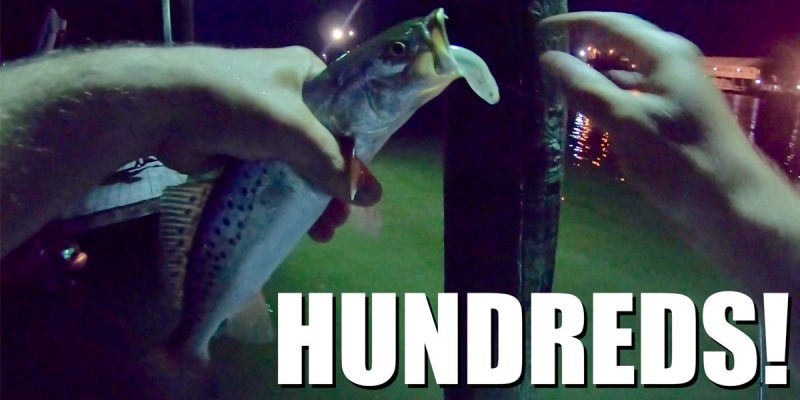 Every year at this time, speckled trout that are scattered to the four winds during the day congregate under lights when the sun sets and darkness rules the world. They come to feast on hapless shrimp and baitfish, using the lights to silhouette their prey and fill their bellies to the point of bursting.

While staying at Pointe Fourchon for a media event last week, Louisiana Outdoor Adventures television host Kevin Ford and I watched the sun melt into the marsh before moseying to some over-water lights in the neighborhood’s canal system to see if they’d attracted any specks.

We didn’t even have to cast to get our answer. Bait was everywhere, and all around it were boils from feeding speckled trout that welcomed nightfall like possums, owls and Count Dracula.

The fish weren’t big — not at all — but they were plentiful, and bit on almost every cast. Ford caught plenty without even casting, merely using his rod like a cane pole and dragging his tooth-shredded lure through the water.

Ford is a nighttime-fishing veteran, regularly targeting speckled trout under lights in eastern Lake Pontchartrain, Lake Hermitage and Buras. Light winds, clear water and the presence of bait are essentials for success, he said. His favorite lures for the activity include MirrOlure MirrOdines, H&H Glass Minnows and Berkley Gulps.