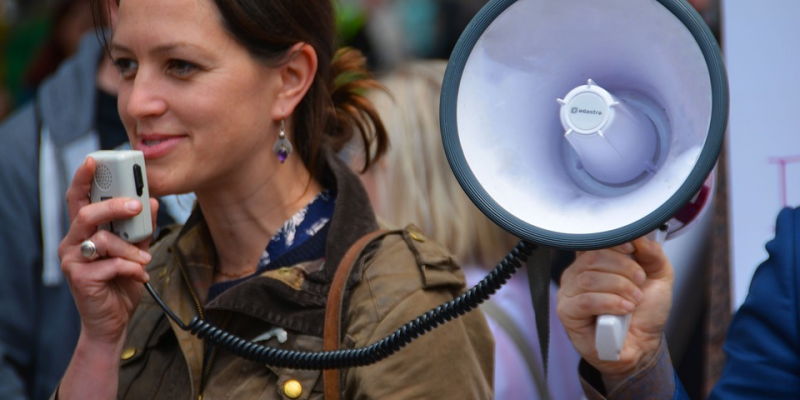 After a smoke bomb temporarily stalled a pro-life speech at the University of Texas, and the lifting of a student’s MAGA hat at Texas State University by an enraged liberal (and her subsequent arrest) further highlighted the issue of campus free speech and the duty of administrators to encourage an open marketplace of ideas at Texas state colleges and universities.

HB 2100 by Rep. Briscoe Cain cleared the Texas House on April 30. The bill now heads to the Senate, which passed a similar bill (SB 18) in March.

Both bills would require public colleges and universities to enact campus rules protecting the speech of students and faculty and would give the legal teeth to provisions designed protect student-led organizations who sponsor speakers. The House version prevents institutions from charging high fees in order to discourage an event and requires that faculty and staff be informed on how to proceed in defending student free speech.

Texas House Democrats attempted to water down the bill with several amendments, all of which were defeated by party-line votes. Many were largely symbolic, including bans on speakers associated with “hate groups” (with no definition provided) and giving administrators the power to cancel an event for “campus security” reasons. Others attempted to add a lengthy appeals process or legal remedies for canceled events or suppressed speech. Yet another, by Rep. Gene Wu, attempted to set up “committees on free expression” to rule on which kind of speech would be allowed.

The Texas House passage came a day before Oklahoma Gov. Kevin Stitt signed a bill into law banning the practice of placing demonstrators and activists into contained “free speech zones,” and a month after South Dakota green-lighted a similar bill. In addition, a executive order by President Donald Trump reinforced existing laws to protect campus speech.

Interested in more news from Texas? We've got you covered! See More Texas News
Previous Article SADOW: Legislators Whiff On Tulane Scholarship Reform
Next Article Can you believe unions have been skimming hundreds of millions from Medicaid? Only Trump’s put a stop to it.