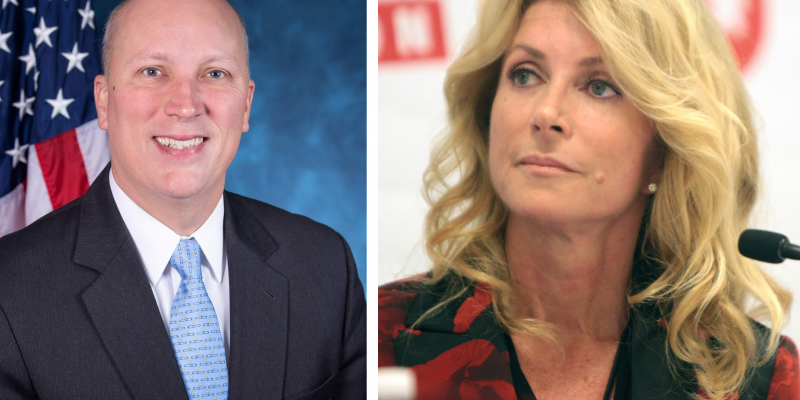 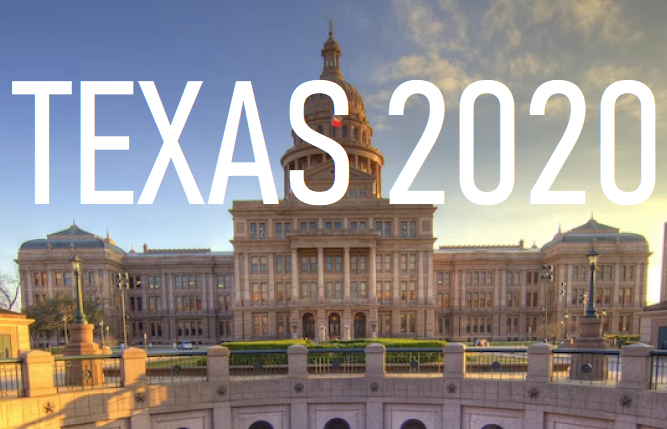 During an award ceremony this evening rewarding journalists who support liberal causes, a progressive philanthropist announced former state Senator Wendy Davis will be running in the Democratic Primary in Texas Congressional District 21 with the hopes of unseating freshman Congressman Chip Roy.
Though not exactly a secret, at the current moment the announcement seems to have been premature, with Davis telling a Dallas reporter via Twitter she would be announcing her next move in about three weeks.
Roy has become a conservative favorite of late — especially for his lone stand against a pricey disaster recovery bill that his congressional peers were not given any time to properly read and study.
However popular with conservative voters, Roy also eked by in the general election by about 3 percentage points (50-47 percent), which was enough for statewide and national Dems to place his district in the cross hairs.
Davis, known for her time-consuming maneuvers as a Senator from Fort Worth during the 2013 Texas Legislature, has become something of a celebrity among Democrats. Detractors mocked her as “Abortion Barbie” while supporters cheered as she spent 13 hours talking on the Senate floor to stall a bill that would have essentially banned abortions in Texas after the 20-week mark (the bill later passed in a second special session). The spotlight fueled her for unsuccessful run for Governor of Texas in 2014, but was defeated by Republican nominee Greg Abbott who won by a 20-point margin (59–38 percent). Davis did not seek re-election to the Texas Senate.
Having emerged the victor out of a crowded 20-plus person primary race in 2018, Roy went on to succeed the retiring Congressman Lamar Smith, a powerful committee chairman on Capitol Hill. Republicans are anxious to keep this seat in GOP hands, especially as redistricting draws closer. But with a recent trend of Democrats performing slightly better in “urban suburbs” (and despite some more recent upsets) progressive interest groups are ready to pounce.
Roy is slated to be honored with the Rising Star Award at the Travis County Republican Party annual Reagan Gala on June 27, where he will be given a springboard among local conservative boosters to expand that 3-percent lead come November 2020.
Note: This article originally appeared in the Central Texas conservative media portal The Travis Tracker at https://thetravistracker.blogspot.com/2019/06/wendy-davis-likely-to-challenge-chip.html.
Interested in more news from Texas? We've got you covered! See More Texas News
Previous Article ABRAHAM: Why Louisiana Is Missing Out On The Trump Boom Economy
Next Article Joe Biden Endorses Taxpayer Funded Abortion And Embarrasses Cedric Richmond In The Process