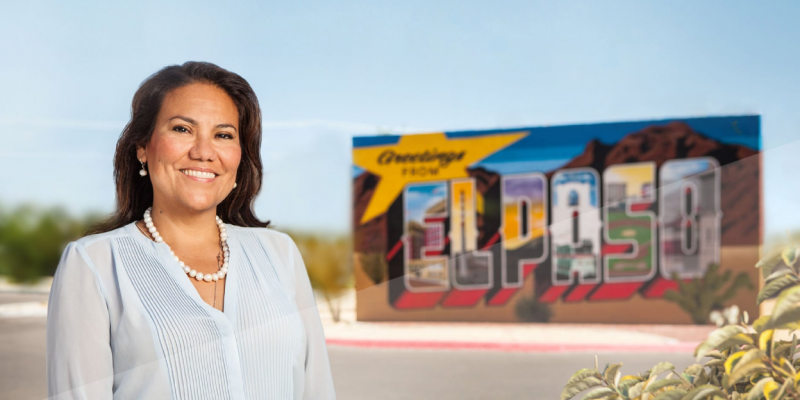 U.S. Rep. Veronica Escobar, D-Texas, has come under fire from conservative groups after the Washington Examiner published a story alleging that her congressional aides traveled to Juarez, Mexico, numerous times to help asylum seekers find a way to return to the U.S.

Escobar did not respond to repeated requests for comment from The Center Square asking her to confirm the validity of the form, or the number of times her staff traveled to Mexico at taxpayer’s dime. But Politico said Escobar denies the allegations.

“If true this would be nothing short of aiding and abetting criminal activity. Entering this country illegally is a crime! If true, the Congresswoman must stop allocating American taxpayer $$$ from her office budget to help people illegally enter our country,” acting director of U.S. Citizenship and Immigration Services Ken Cuccinelli tweeted.

According to the article, Escobar’s staff reportedly interviewed 6,000 migrants in Juarez, coaching some on how to get through loopholes in the asylum process, one of which is to pretend that they don’t speak Spanish.

The Congresswoman says her office has received death threats since the publication of the story.

Escobar told Politico that her office assists constituents whose clients are clients are seeking asylum but who have been sent back to Mexico.

“We go into Mexico routinely,” she said, according to Politico. “Being on the border, we go for meetings, we go for events. There seems to be a real lack of understanding by people about bi-national communities. But there’s absolutely zero truth that I am sending staff to coach people into how to game the [asylum] system.”

TheExaminer report describes an incident during which an Escobar aide and a Roman Catholic diocese official walked a migrant across the border and asked the CBP to admit him because he had “cognitive disabilities.” CBP rejected the request because the “cognitive disabilities” claim was based on a form submitted by an Escobar aide, not a certified medical professional. The disability claim was recorded on an official form bearing Escobar’s name.

In June, the CBP reported a 32 percent increase of apprehensions along the southwestern border in May, totaling 144,278 migrants taken into custody. In the first half of 2019, migrant apprehensions have already reached 491,975, nearly double the number recorded in 2018. ​

Escobar has proposed a solution to the migrant crisis short-term. She suggests that civilians take over immigrant-processing duties “to allow CBP officers and Border Patrol agents to return to their regular assignments,” according to an interview with local television station KTSM news. ​

Escobar is also calling on the federal government to reimburse border cities like El Paso for financial infrastructure contributions during the migrant crisis.​