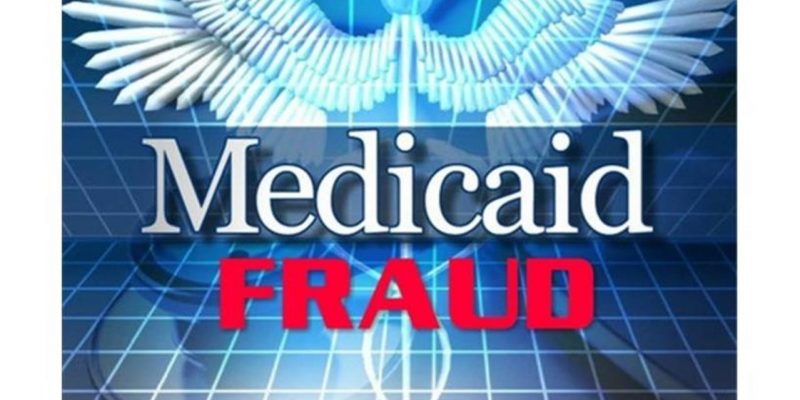 The 5th Circuit U.S. Court of Appeals in New Orleans heard oral arguments yesterday in a lawsuit from multiple states challenging the constitutionality of the Affordable Care Act (ACA).

Meanwhile, Medicaid fraud continues to be a focus in Louisiana, in part because of recent reports of fraud and ineligibility within Medicaid after expansion under the ACA and also after recent criminal investigations resulted in one arrest and a separate conviction.

In late May, a Mandeville neurologist pleaded guilty for his role in a scheme to unlawfully prescribe controlled substances and commit health care fraud, costing taxpayers more than $1.6 million.

In June, a New Orleans woman was arrested on four counts of Medicaid fraud, one count of forgery, and one count of filing or maintaining false public records by intentionally causing a Louisiana Medicaid provider to pay fraudulent Medicaid claims, according to the office of Attorney General Jeff Landry.

“Medicaid welfare fraud not only steals from taxpayers but also jeopardizes much-needed services for our state’s most vulnerable,” Landry said in announcing the charges.

Landry, one of the state attorneys general challenging the constitutionality of the ACA, told The Center Square that his office is “vigorously prosecuting the criminals who defraud Louisiana and threaten the care of our state’s most vulnerable. We will continually work hard to meet the challenge which has become more pressing in light of the governor’s Medicaid expansion.”

Shortly after taking office, Gov. John Bel Edwards signed an executive order expanding Medicaid in the state under the Affordable Care Act. The Edwards administration has touted that expansion, saying nearly half a million more Louisiana residents are now insured because of it.

Conservative groups have criticized enrollment under the expansion, however. The New Orleans-based, free market Pelican Institute published a report on its findings that tens of thousands of ineligible residents in the state received Medicaid under ACA expansion, including more than 1,600 individuals earning more than $100,000 annually.

Using data from the Louisiana Department of Health (LDH), the report also estimated that between 3,000 and 5,000 people every month left their private health insurance plans to obtain taxpayer-funded Medicaid through the state.

When asked about the data, health department officials stated in an email to the Pelican Institute that LDH “stopped producing” it in late 2017 after it discovered its vendor’s information “was limited to [third-party liability] during the period of Medicaid enrollment.”

In an op-ed published by The Wall Street Journal in June, Pelican Institute Senior Research Fellow Chris Jacobs argued, “The governor can’t even tell us how many people qualify because they’ve quit counting. This is unbelievably reckless and irresponsible and is without question unsustainable.

“Because the vendor couldn’t track beneficiaries before or after their Medicaid enrollment, the spreadsheet arguably underestimated the number of people dropping private coverage to enroll in Medicaid.”

In a rebuttal to the Journal op-ed, LDH Secretary Rebekah Gee said Jacobs’ argument presented “incomplete data in a misleading way.” She added, “Medicaid expansion in Louisiana has been a great success. It has led to our state’s uninsured rate among adults being reduced by half in just two years – from 22.7 percent in 2015 to 11.4 percent in 2017.”

Purpura’s office sued, and the matter remains in court.

“Current state and federal law limiting the use of tax information for audit of Medicaid makes this goal nearly impossible,” Purpura told The Center Square. “However, we believe state law specifically allows the administration to provide the statistical data requested and are confident the court will find this as well.”

Lafayette-based accountant and Medicaid reform activist Steve Gardes told The Center Square that “if it wasn’t for the prodding by the Legislative Auditor and Attorney General in their roles on the Task Force on Coordination of Medicaid Fraud Detection and Prevention Initiative, it is highly questionable that the LDH would have taken the steps to upgrade their Medicaid Eligibility computer system,” just one of the recommendations put forward by the auditor’s office.

Robert Johannessen, communications director at LDH, told The Center Square that the state’s new eligibility system is a result of work that began in 2016, before the LAO released any findings. He also points to testimony provided by the LAO citing budget cuts under the past administration that limited anti-fraud activities. And, he adds that the federal Centers for Medicare & Medicaid Services (CMS) recognized only eight states for implementing best practices aimed at eliminating waste, fraud and abuse in state Medicaid programs, one of which is Louisiana.

“It is imperative that we thoroughly evaluate what we can do to protect health coverage for people with preexisting conditions along with those receiving care through Medicaid expansion, in the event the Attorney General’s lawsuit to invalidate the Affordable Care Act is successful,” he said at the time.

At the 5th Circuit Court of Appeals Tuesday, judges will hear arguments in a lawsuit challenging the constitutionality of the ACA after Congress in 2017 eliminated the financial penalty for not having health insurance under the act’s individual mandate.

If the lawsuit is successful, the expansion of Medicaid in Louisiana and elsewhere is in doubt.