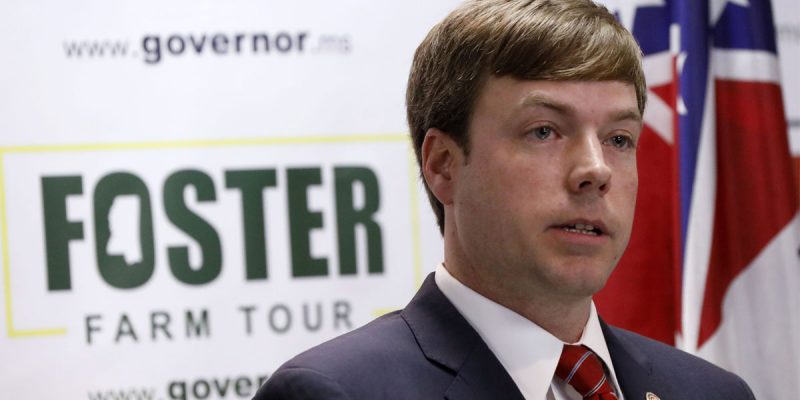 We don’t have a particular brief for any of the GOP candidates in the Mississippi governor’s race set for this fall, as our general feeling on that race is pretty similar to that of the Louisiana gubernatorial contest – whichever Republican ends up in the general election with the Democrat, which in Mississippi’s case will be its attorney general Jim Hood, is (1) preferable and (2) likely to win.

Beyond that point we don’t want to handicap the race to any great extent because it’s just too early to know how it will develop. Tate Reeves, the Lt. Governor, has a sizable fundraising advantage with almost $6 million in the bank, but despite polls showing Reeves getting close to or even topping 50 percent among the Republican field Mississippi might just be primed for a cinderella candidate to sneak in as the GOP nominee. Chris McDaniel nearly pulled that off in the 2014 Senate race there, after all, and last year in next-door Tennessee Bill Lee came from nowhere to win the gubernatorial race over U.S. Rep. Diane Black, the establishment favorite.

And the two other Republicans in the race have a bit of stature to them. Bill Waller, Jr. is a former state Supreme Court justice, and he’s the likelier of the two as a potential dark horse in the GOP primary.

But Robert Foster, a state representative from De Soto County just south of Memphis who at this point is the long shot in the race, is the candidate of the three making the most noise this week. That’s because he’s engaged in a kerfuffle over having followed the “Billy Graham Rule,” which Vice President Mike Pence was savaged for adhering to in the wake of the #MeToo craze.

A Republican candidate for Mississippi governor told a female reporter that he couldn’t be interviewed by her unless she was accompanied by a male colleague — later claiming that he was following “the Billy Graham Rule.”

The female reporter, Larrison Campbell of Mississippi Today, had been asking to go on a “ride along” with Foster when his campaign director reportedly refused on his behalf.

“In two phone calls this week, Colton Robison, Foster’s campaign director, said a male colleague would need to accompany [Campbell] on an upcoming 15-hour campaign trip because they believed the optics of the candidate with a woman, even a working reporter, could be used in a smear campaign to insinuate an extramarital affair,” Campbell wrote in a column Tuesday.

“The only reason you think that people will think I’m having a (improper) relationship with your candidate is because I am a woman,” she reportedly told Robison, to which he said: “Can’t risk it.”

“Perception is everything,” Robison added, according to Campbell. “We are so close to the primary. If (trackers) were to get a picture and they put a mailer out, we wouldn’t have time to dispute it. And that’s why we have to be careful.”

Shortly thereafter Foster was excoriated as a neanderthal, and worse. The Washington Post’s Alyssa Rosenberg made sure to point out that Campbell is a lesbian and therefore she isn’t attracted to Foster – which completely misses the point of the Billy Graham Rule; it’s not about whether anything would happen, it’s about whether anything would be accused that couldn’t be disproven.

We’re not here to say that every male politician should follow the Billy Graham rule. And we’re sympathetic to Campbell’s frustration where she feels like she’s being hindered from doing her job because she’s a woman.

But in the case of a conservative upstart politician whose voting record and campaign rhetoric puts him toward the right side of the Republican Party on social issues, he’s absolutely within his rights and being quite prudent in protecting himself in this way.

We go back to an incident which had a lot to do with the outcome of the 2015 Louisiana gubernatorial race. Just a few days before the primary in that race David Vitter was riding in the car to a fundraising event in Metairie. Courtney Guastella, who was Vitter’s fundraising consultant, was driving the car. And Guastella got in a fender-bender. As Vitter hanging around for the police to show up would have made him late for the event, someone else from the campaign came and picked him up and brought him to his destination while Guastella handled the cops and the insurance exchange.

And by the time the media had finished with the story Vitter had been with an “unidentified female” when he’d gotten in a car accident, and then he had “left the scene” before the police arrived.

The implication of that being absolutely obvious, and Vitter’s political enemies played up what they all knew was a lie.

And that story, coupled with another complete lie – the one about how Vitter was “wiretapping” Newell Normand by having an operative turn on the “record” app on his phone in a public place where Normand was holding forth about how he was going to ruin Vitter’s campaign – sent Vitter into a tailspin at the end of the primary race from which he couldn’t recover. Sure, Vitter was vulnerable to sleaze like that thrown at him following the fender-bender based on mistakes in his past, but that only magnified the destructiveness of the false implications.

And of course there was the Brett Kavanaugh nightmare last year which proved beyond a shadow of a doubt that people in politics and media will sink to any possible level to personally destroy a conservative for political or monetary gain.

So yes, there is ample precedent for someone who is a conservative to be lied about and falsely accused of improper behavior with members of the opposite sex, and yes, political candidates especially fitting the profile of a pro-family conservative are within their rights to drive defensively on subjects like these.

We’re not saying we suspect Larrison Campbell, who as we understand it has covered Foster’s campaign for a while and done a decent job of it to date, poses a threat to Foster. Nor are we saying this incident shows Foster has the right stuff to be governor of Mississippi.

But if he feels like he needs to do this to protect himself, what we are saying is he’s anything but crazy for feeling that way. And he has absolutely no obligation to Campbell to make her job easier – because whether she’s out to get him or not, others surely are. That’s politics. And if you don’t protect yourself nobody else will.