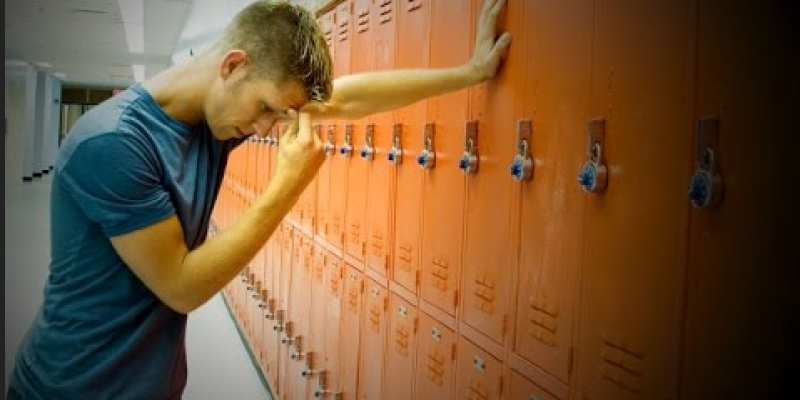 Youth fare the worst in Louisiana, and the best in New Jersey, according to a national analysis of factors impacting at-risk youth by the consumer financial site, WalletHub.

“Without a stable home, positive role models and tools for success, many young Americans fall behind their peers and experience a rocky transition to adulthood,” WalletHub financial writer Adam McCann said.

According to the Social Science Research Council (SSRC), 4.5 million young people are falling behind in their transition to adulthood, with one in nine individuals between the ages of 16 and 24 neither working nor attending school. Others suffer from poor health conditions that hinder their ability to develop physically or socially, McCann notes.

“These vulnerable young people are cut off from the people, institutions, and experiences that would otherwise help them develop the knowledge, skills, maturity, and sense of purpose required to live rewarding lives as adults,” SRC states. “And the negative effects of youth disconnection ricochet across the economy, the social sector, the criminal justice system, and the political landscape.”

According to a recent report by the Washington, D.C.-based think tank, The Heritage Foundation, the U.S. faces a national security crisis because not enough young people are eligible academically, morally or meet basic health qualifications to serve in the U.S. military.

About 71 percent of young Americans between ages 17 and 24 are ineligible to serve in the U.S. military, according to 2017 Pentagon data. “Put another way: Over 24 million of the 34 million people of that age group cannot join the armed forces – even if they wanted to,” Thomas Spoehr and Bridget Handy, the authors of the report, wrote.

“This is an alarming situation that threatens the country’s fundamental national security,” they add. “If only 29 percent of the nation’s young adults are qualified to serve, and if this trend continues, it is inevitable that the U.S. military will suffer from a lack of manpower. A manpower shortage in the United States Armed Forces directly compromises national security.”

To determine where young adults fare the best and worst in the U.S., WalletHub compared 15 key indicators of youth risk across varying education, employment and health metrics, including the share of disconnected youth, labor force participation rate, and poverty rate.

The 10 states with the most at-risk youth are Louisiana, the District of Columbia, Mississippi, Arkansas, Nevada, West Virginia, Oregon, Wyoming, Oklahoma and New Mexico.

States with the highest percentage of youth without a high school diploma are Louisiana, New Mexico, Nevada, Arizona, and Georgia.

States with the highest youth poverty rate are the District of Columbia, Montana, Mississippi, West Virginia and Oregon.

In a state like Colorado, which fell in the middle of the states at 27, “rural areas may not have that many formal programs, but many do have faith-based groups, sports programs, or other places where youth can build positive and supportive relationships with adults,” says Jennifer L. Bellamy, Ph.D., MSSW, Associate Professor, Graduate School of Social Work, University of Denver.

Bellamy points to state and local policies and community group programs to help youth who feel disconnected. Mentoring programs, employment coaching, or even peer support can provide opportunities for guidance for youth, she says.

“Investment in education and work opportunities is also a critical part of the solution,” Bellamy says. “If youth feel that they have no pathway to well-paying jobs, there is little incentive to stay in school. If they do not have the skills in growth areas, such as healthcare and technology, they are not going to be able to get the jobs that would pay well.”

Data used to create the WalletHub ranking was compiled from the U.S. Census Bureau, Bureau of Labor Statistics, The Annie E. Casey Foundation, Centers for Disease Control and Prevention, Substance Abuse and Mental Health Services Administration, the National Conference of State Legislatures, among others.

Interested in more national news? We've got you covered! See More National News
Previous Article CBP Seizes $1.7 Million worth of meth in Brownsville, Texas in July after seizing $1.9 million amount in April
Next Article BATISTE: New Orleans’ Identity Crisis Is The Only Thing On Display At Lee Circle