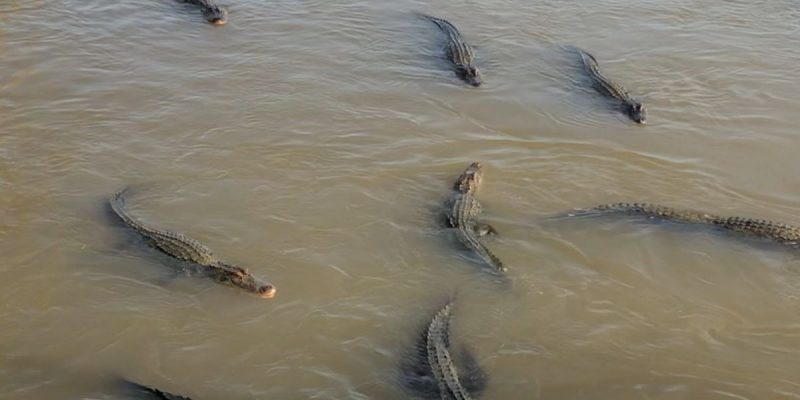 That’s been made clear over the past couple of weeks as algal blooms, freshwater intrusion, seafood industry damages and even infestations of alligators have descended upon southeastern Louisiana. The effects of the Bonnet Carre opening have been enough to attract the attention of Louisiana’s congressional delegation.

House Republican Whip Steve Scalise (R-La.) and the Louisiana Congressional Delegation are calling on Department of Commerce Secretary Wilbur Ross to begin taking steps to protect the Louisiana seafood and recreational fishing industries and to address the ecological impacts to Lake Pontchartrain from the damaging effects related to the openings of the Bonnet Carre Spillway in 2019.

“Each opening of this flood control structure causes significant ecological impacts… These impacts disrupt the natural processes of many different species of aquatic life, in particular oysters, crab, shrimp, and certain inshore and nearshore finfish species,” write the delegation in their July 8 letter to Secretary Ross.

“We urge you to use your authority under the Magnuson-Stevens Fishery Management Act and the Interjurisdictional Fisheries Act to begin an immediate review of impacts to Louisiana’s fishery resources and local economies.”

The Louisiana seafood industry has been screaming pretty loudly about the spillway being open as long as it has. From last week…

The commercial fishing industry on the Gulf Coast has seen two major disasters in the last 15 years: Hurricane Katrina and the BP oil spill. Now, some fear we’re on the cusp of a third. The culprit: historic flooding from the Mississippi River.

Commercial oysterman Mitch Jurisich is picking through a pile of freshly harvested oysters at a dock in Empire, Louisiana. One hand clutches an oyster knife, the other grabs a bivalve from the top of the mound.

“This one’s good right here,” he says before tossing it aside and picking up another. “This one’s not good.”

There’s a noticeable difference in the appearance of the “good” and “not good” oysters. The healthy ones are brownish-grey in color, shells tightly sealed. Those are hard to come by in this pile. Most in the pile are black, shells open and loose — nothing inside them but mud and rotten meat.

“If I had to look at this pile right here, you could probably say 90 percent is pretty much dead,” says Jurisich.

Oysters are dying across coastal Louisiana and Mississippi. The killer: flooding from the Mississippi River.

Oysters thrive in the brackish waters of the Gulf Coast, where the salinity of the estuary changes throughout the year. Oysters can handle fluctuations, but they also can’t move — so if their environment gets too salty or too fresh for too long, they can die.

“Other species have a tail, have legs…they can somewhat get out the way,” says Jurisich of the oyster’s predicament. “So this poor oyster’s got to sit there…he’s just got to take it on the chin.”

It’s an unfortunate problem, but one which probably can’t be helped given that the alternative is to let the Mississippi potentially overtop the levees in the New Orleans area, the damage from which would be considerably worse.

But there can be no doubt about the weirdness the spillway opening has given us. For example, there’s this…

The spillway won’t be open forever. It’s set to close up again next week, pending what happens with the tropical system brewing in the Gulf and potentially making its way into the lower Mississippi valley.