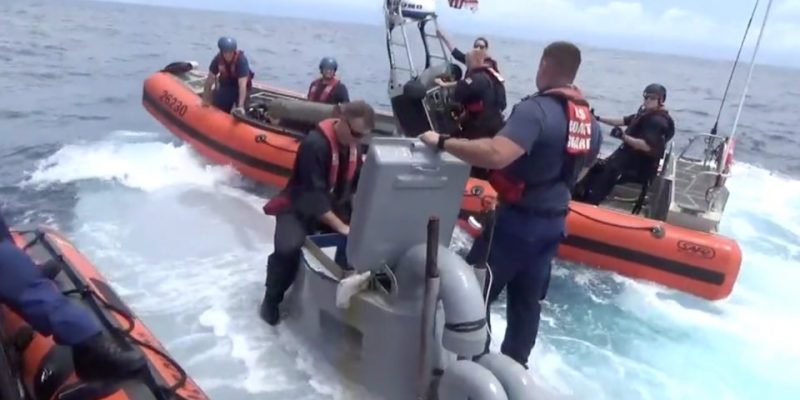 The crew of the U.S. Coast Guard cutter Munro just finished a patrol of waters off the coast of Latin America. The Munro seized over 39,000 pounds of cocaine.

None of the seizures were as dramatic as this seizure of over 16,000 pounds of cocaine from a submarine. Here we see coast guardsmen race to try and catch up to the submarine. Eventually, two coast guardsmen climbed on top of the submarine and bang on the upper hatch. While the guardsmen were trying to open the hatch, waves were washing all over them.

Interested in more national news? We've got you covered! See More National News
Previous Article Is Microsoft Now About To Censor Your E-Mail And Other Speech?
Next Article 2019 LEAP results show steady improvements in all subjects