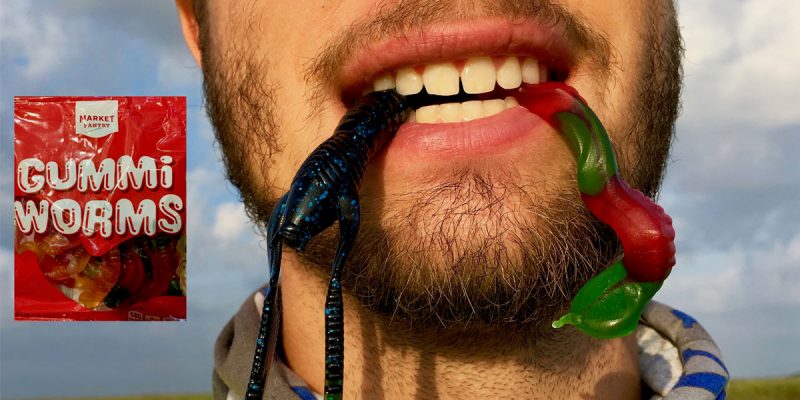 Worms are appealing fare to only two main groups of earth-dwellers — birds and fish. So whoever decided to form gelatinous sugar into a confectionary treat resembling the most disgusting critters outside of Washington, D.C., was surely a sadist.

But gummy worms are a hit with kids, frequently serving as the primary adornment on something called dirt cake, so they’re surely here to stay.

Fresh out of the package, they don’t look all that dissimilar to the plastic worms made for fishermen and sold at every tackle store on the continent. But would the fish be able to tell the difference? To a redfish, bass or anything else that swims, would a 5-inch length of teeth-rotting sweetness be as appealing as it is to a grade-schooler?

To find out, my son Joel and I set up a little challenge. On Monday, we pushed deep into the South Louisiana marsh, and fished hard for anything that would bite. Initially, we both opted for traditional fishing tackle, but it wouldn’t stay that way. As part of the challenge, whoever watched the other angler catch the first fish would have to switch to a gummy worm until he caught a fish of his own.

The trip had us pulling against each other like Saints and Falcons fans, which made the challenge that much more entertaining. All in all, we were both quite surprised at the results.

To see how it went, check out the video below.

Like the video? Please give it a thumbs-up, and subscribe to the Marsh Man Masson channel on YouTube. Also, leave a comment below or on the YouTube page. What’s the craziest thing you’ve ever used for bait? Did it work? Do you think a day fishing with gummy worms is somewhere in your future?