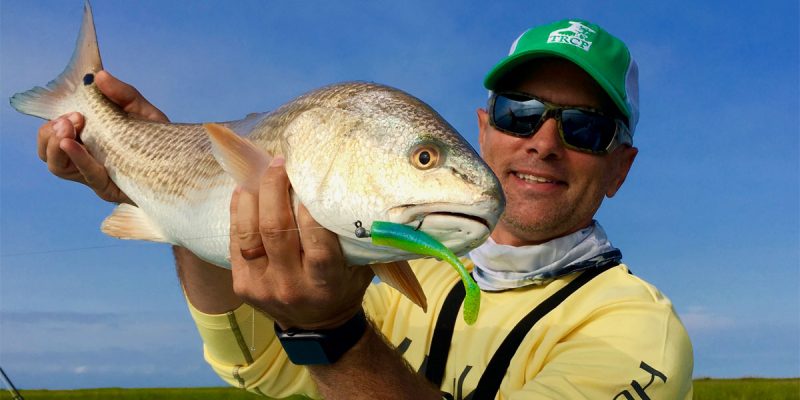 C.A. Richardson is revered nationally for guiding action-hungry anglers within casting distance of trophy snook, rolling tarpon and, of course, line-stripping redfish. He’s also a bigger-than-life personality who takes viewers along with him weekly on Flats Class TV, a show as educational as it is entertaining.

Richardson’s base of operations is the west coast of Florida, but for two months every year, he yanks up his stakes and hammers them into the rich, alluvial soil of Buras, La., where the world’s thickest redfish crowd water that seems entirely too skinny for them to swim upright.

I connected with Richardson last week while at a media event housed at Capt. Ryan Lambert’s Cajun Fishing Adventures. After scooting down Highway 23 to Venice’s Cypress Cove Marina, Seaguar’s Brian Evans and I manned the front deck of Richardson’s Hell’s Bay Marquesa while his 6-foot, 5-inch frame towered over us on the poling platform.

A full moon the previous night conspired with dirty water and an intermittently cloudy sky to make the fish tough to see, but still we had plenty of opportunities and made several connections on redfish that any tournament angler would love to have captured.

The ponds we fished were only weeks ago flooded with silt-laden Mississippi River water, but as the river has retreated, clarity has improved, and the ponds have become playgrounds for mullet, white shrimp and, of course, the redfish. We even saw a dolphin feasting on redfish and mullet in one of the ponds.

Check out all the details in the video below.

Interested in more news from Louisiana? We've got you covered! See More Louisiana News
Previous Article SADOW: Reasoned Analysis Points To A Runoff In The Louisiana Governor’s Race
Next Article The Pro-Choice Democrat In The LAGOV Race Has Been Bounced Off The Ballot