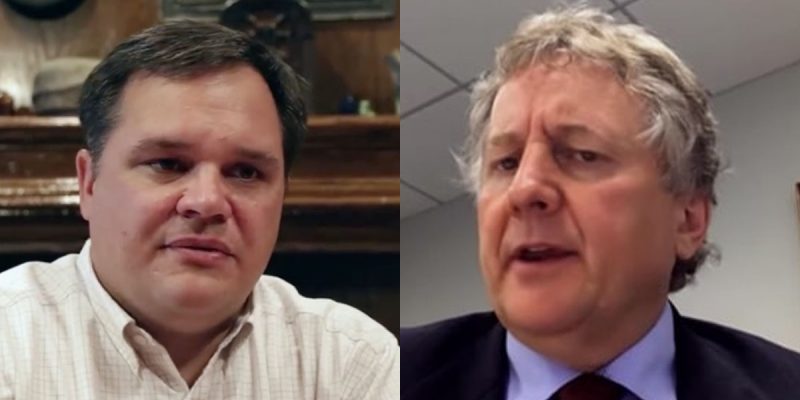 The final grades are in, with two northwest Louisiana state senators hoping that voters will more likely see them as beauties rather than as beasts.

With elections approaching in the fall, legislative scorecards become a tool for incumbents to defend their records but also mechanisms by which challengers may criticize them. Two statewide interest groups, the Louisiana Association for Business and Industry which evaluates economics-related measures, and the Louisiana Family Forum which grades on social issues, recently released their 2019 versions.

In southern Caddo Parish and northern De Soto, Democrat state Sen. John Milkovich hopes voters will pay attention to one but not the other. In northern Bossier Parish and others parishes to the east, Republican state Sen. Ryan Gatti hopes for the same.

They prefer voters focus on the LFF’s release, which through the four years of their rookie terms consistently termed them among the most family-friendly legislators. Good news came again for them on the 2019 scorecard, with both racking up a score of 100, the maximum.

By contrast, they hope to avoid discussions about their votes as reflected in the LABI document. Both did not score well over their terms, with Milkovich at 42 and Gatti 56. As if you couldn’t tell it was an election year, both came way up in 2019 with Milkovich netting a 62 and Gatti a 100. (As an indicator of how deviant the 2019 score was for Gatti, his nearby neighbor Republican state Rep. Dodie Horton, considered one of the most conservative legislators in the state, could manage only a 94 for LABI and 89 for LFF)

Even so, the relatively closer their voting got in 2019 to championing smaller government as defined by lower taxes and spending and reduced regulatory burdens LABI indirectly admits deceived somewhat. LABI complained the most disappointing policy defeat in 2019 came with the rejection of comprehensive vehicle insurance reform that likely would have lowered ratepayers’ bills significantly. But senators never voted on that because, in an effort lead by trial lawyers Gatti and Milkovich, the bill was killed in Senate committee.

And, even the apparently pristine records on social issues can’t hide some actions which social conservatives would find disappointing. For example, Gatti in 2018 authored a measure that, on the surface, claimed to support religious liberty, but experts in that area of law including his own Member of Congress Rep. Mike Johnson said the clumsy, unconstitutional approach he took actually would backfire to threaten First Amendment rights. Despite his pleas not to, the Senate passed a House version that substantially changed his version into a constitutional form. That year he also voted for a bill creating a statewide needle exchange program, even though research now confirms that this kind of arrangement creates a host of social problems.

Milkovich as well has some offbeat baggage in this area. He has proclaimed his anti-vaccination sympathies on the Senate floor, claiming vaccines cause autism, and spread other myths about vaccinations. Also, Milkovich apparently still continues harboring a conspiracy theory of his own making, that former district attorney and judge Henry Brown plotted to kill a woman. That victim was murdered and a man accused of that Milkovich successfully got acquitted about three decades ago.

A tried-and-true method of winning office in Louisiana dictated presenting conservative, traditional family credentials while cozying up to big government. As the economic performance of old-style liberal populism discredited itself, the playbook became to distract voters from fealty to big government by hyping religiosity. In districts that comfortably voted for GOP Pres. Donald Trump in 2016, voters must understand that incumbents Gatti and Milkovich at best lukewarmly support Trump’s goals of government reduced in size and power.