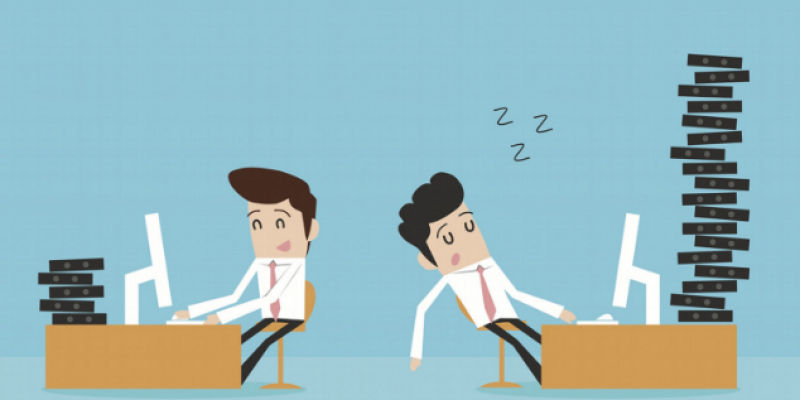 Workers are most productive on Mondays and Tuesdays, according to new research from the staffing firm Accountemps.

More than half of the workers surveyed said their productivity peaked at the beginning of the week, with productivity declining significantly by Fridays.

According to the Bureau of Labor Statistics (BLS), labor productivity is “a measure of economic performance that compares the amount of goods and services produced (output) with the number of hours worked to produce those goods and services.”

According to the Economic Policy Institute (EPI), from 1973 to 2017, net productivity rose 77 percent while the hourly pay of typical workers essentially stagnated, increasing 12.4 percent over 44 years (after adjusting for inflation).

Americans for Tax Reform points out that after the 2017 Tax Cuts and Jobs Act, 90 percent of wage earners have higher take home pay. It published 800 examples of new hires, pay raises, benefit increases, bonuses, facility expansions, and utility rate reductions where the companies cited tax cuts as a key factor.

Among those who are productive, many said they accomplish more work at the beginning of the day, the Accountemps survey found. About 44 percent say the early morning is when they get most of their work done; 31 percent say late morning works best for them. Only 2 percent say they like to “burn the midnight oil.”

Employees ages 55 and older prefer to work in an office, with nearly half (45 percent) reporting they work best in a private office with a closed door, according to the survey.

About 38 percent of younger workers between the ages of 18 and 35 prefer working in an open office. Not far behind, 36 percent of the same age group said they prefer to telecommute, compared to 26 percent of professionals ages 35 to 54 and 17 percent of employees over 55 years old.

“Employers can play to the unique strengths of their team by knowing when and how they’re most productive,” Michael Steinitz, senior executive director of Accountemps, a division of Robert Half, said in a prepared statement. “If you can provide access to their preferred workspaces or bring in temporary professionals to help staff reach peak productivity, do it. What matters most for the bottom line is the work employees get done – not where and when.”

Workers in Miami and Chicago said office noise is the most disruptive factor affecting their productivity. In San Francisco, workers said they were nearly equally distracted by cell phone use and chatty colleagues.

Interested in more national news? We've got you covered! See More National News
Previous Article APPEL: An Advocate Editorial Worth Reading If You Care About Louisiana’s Future
Next Article MASON: Tax Timing And The “Year Of Tax Relief”