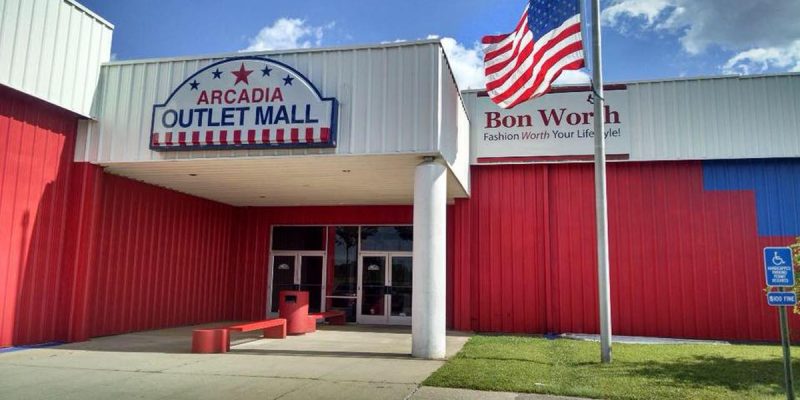 But it’s not just a matter of the mall not turning a profit.

Millican delivered even worse news when The Hayride contacted him this week.

“We haven’t seen any profit, but we have seen some losses,” Millican said.

When asked, Millican said he could not provide a specific sum.

“I don’t want to give out any false information, but I’m pretty sure it’s a large amount of money,” Millican said.

As The Hayride reported last week, town officials thought they could do a better job running the Outlet Mall versus the private sector. They spent $700,000 to buy the facility and run it themselves.

According to published reports from 2017, they did so, ironically enough, to generate more tax revenue for the town, which has about 3,000 people.

In hindsight, does Millican believe the deal was in Arcadia’s best interests?

“I would say yes and no,” Millican said.

“Yes, because it saved local jobs here in Arcadia, but no because of the loss you have seen.”

Other town officials, including members of the town’s Economic Development Department, have not responded to The Hayride’s repeated requests for comment.

Millican said he did not know how many people visit the mall now versus two years ago, before the town purchased it. He did, however, say the mall has four vendors, as opposed to the two it had in 2017.

Millican said the town spent about $32,000 on mall maintenance this fiscal year. Town officials spent $100,000 maintaining the mall in the previous fiscal year.’

“The initial plan was to stabilize the mall. To develop a better working relationship with Vanity Fair, which is the anchor store in the mall. Then look for a buyer for the mall,” Millican said.

“The town should not be in the retail business or the real estate business at all.”

Millican said he and other town officials are not yet advertising the mall to potential buyers.

The mall is situated along Interstate 20, while you pass through Bienville Parish. Oftentimes, the mall’s parking lot seems to have only a few vehicles. That’s a stark contrast to what the parking lot was usually like when the mall opened in the early 1990s.

Interested in more news from Louisiana? We've got you covered! See More Louisiana News
Previous Article GARDES: We Need To Get To The Bottom Of Louisiana’s Medicaid Problem In This Election
Next Article SADOW: Ardoin’s Implementation Cancels Felons-Voting Law’s Bad Effect