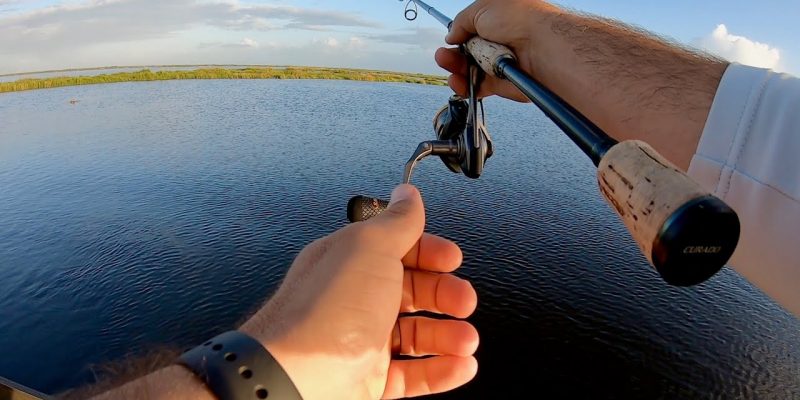 Although west winds certainly aren’t a deal-breaker, they are despised by most South Louisiana anglers because they blow water out of the marshes, and leave most of what remains a filthy, churned-up mess.

East winds, on the other hand, push clean water in, flooding marshes and providing game fish with access to shrimp, minnows, mullet and more, all of which would otherwise be safe and secure in their skinny-water hideouts.

But for anglers, all that water can cause a problem: The fish have so much new area to roam, they sometimes seem to scatter to the four winds. Redfish and bass that were mostly confined to certain canals or bayous go on bonsai charges across the shallow flats, leaving fishermen unwilling to adjust with empty ice chests.

But Madisonville angler Jeff Bruhl has been fishing a flooded-grass pattern that’s been delivering the goods for him in recent days, and certainly did on a trip he and I took together this week. That aforementioned east wind pestered us throughout our trip, but water clarity was spectacular, and the fish responded to an assortment of lures, including Pro’s Choice soft stickbaits, Zoom Speed Craws and homemade spinnerbaits. As is often the case in South Louisiana, redfish and bass intermingled in the same productive areas.

Check out the fast action in the video below.

Like the video? Please give it a thumbs-up, and subscribe to the Marsh Man Masson channel on YouTube. Also, leave a comment below or on the YouTube channel. How do your fishing strategies change with the water levels? As a general rule, do you prefer high water or low water?