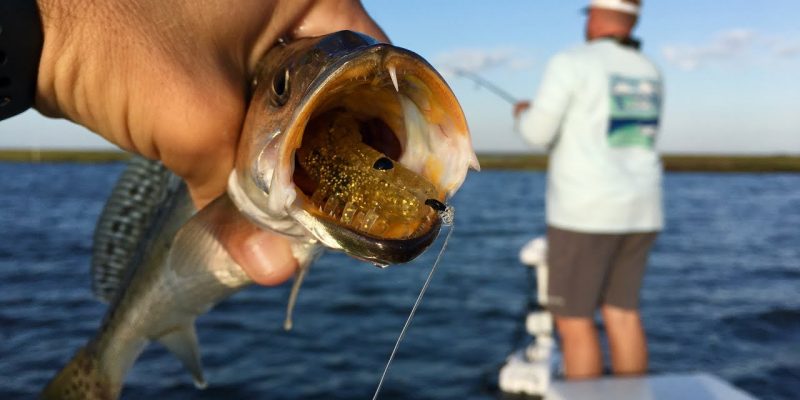 For speckled trout fishermen, this summer was like a hands-and-knees crawl over blistering sand in an endless desert. There was an oasis in view, with towering palm trees promising shade and gentle pools of spring-fed water offering refreshment. But that oasis — called autumn by most people — seemed to get no closer as the days passed. It was like we were crawling on a treadmill.

That’s because South Louisiana was brow-beaten daily by a hammering sun that rendered the first month of meteorological fall hotter than any in the summer.

Speckled trout that should have been set up in interior waters couldn’t seem to find their way out of limbo, trapped in the ether between the summer spawning grounds and the bait-rich marshes.

But that finally began to change a little more than a week ago, as interior anglers began adding keeper speckled trout to their coolers, and it really got solidified this week with the passage of the season’s first cool front.

To see how good the fishing is, I set out with my fishing buddy Justin Bowles into an interior lake in the Pontchartrain Basin, and we were armed to the teeth with shrimp imitations and popping corks. Much to our mutual delight, we began catching fish at the first stop, and our corks continued to plunge for the rest of the trip.

We had to move several times when particular areas played out, but we made very few stops that resulted in zero fish. The specks seemed to be everywhere, and they were eager to eat what we offered them.

I caught all of mine on an H&H TKO Shrimp fished about 3 feet under a Versamaxx Bolt Pro-Series popping cork.

Like the video? Please give it a thumbs-up, and subscribe to the Marsh Man Masson channel on YouTube. Also, leave a comment below. Are you getting in on this autumn speckled trout run? Where does fall rate for you when it comes to speckled trout fishing?