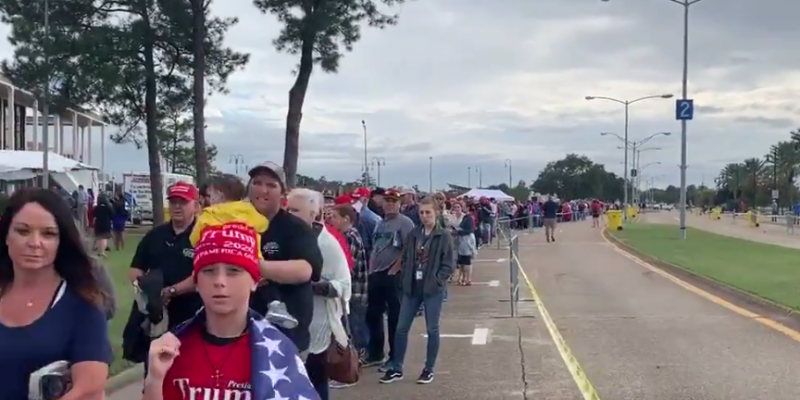 President Donald Trump’s rally in Lake Charles, Louisiana, was HUUUUUGE and he told Louisianans not to vote for Gov. John Bel Edwards.

Just landed in Louisiana! Vote against John Bel Edwards, he has the worst jobs record in the United States. Louisiana will do much better by electing a REPUBLICAN. See everyone soon! @LAGOP https://t.co/V1rVXEEuso

His campaign stop in Louisiana was after he hosted little league winner in the White House and flew them back to Louisiana on Air Force One.

The champs are flying back to Louisiana on Air Force One with @realDonaldTrump after celebrating their Little League World Series Championship victory at The @WhiteHouse!

What an amazing day! I’m so proud of this team! ⚾️🏆 pic.twitter.com/k27et9lBCR

President @realDonaldTrump welcomed these @LittleLeague champs to the White House! And then gave them a ride home on Air Force One! ⚾ pic.twitter.com/KuRUPvWUKA