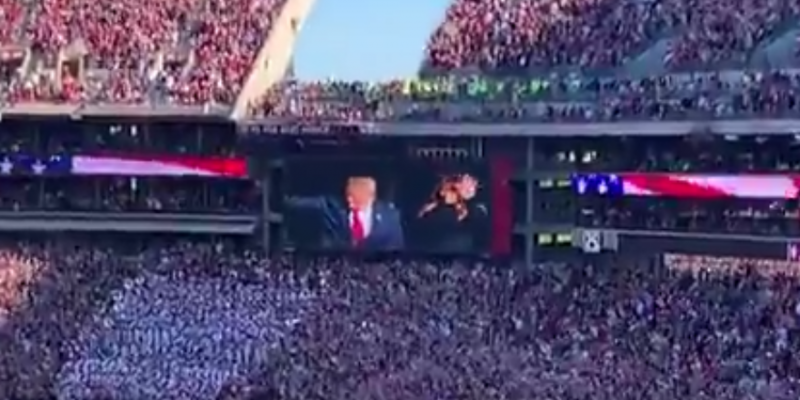 Alabama fans had something to say about President Trump and First Lady Melania Trump: they greeted them with a standing ovation. The Trumps were met with cheers, chants of USA, and thousands of people expressing support for them.

President @realDonaldTrump gets a loud ovation from the fans in Bryant-Denny Stadium during the first timeout of the LSU/Alabama game.@wdsu pic.twitter.com/IgHWvFTyAU

By the way it was a complete standing ovation and cheers for our President and First Lady at the LSU/ Bama game. pic.twitter.com/bIGHZPPbkQ

When interviewed by the liberal media, they set the record straight about Trump, saying he’s been treated unfairly by the media, he’s accomplished a lot, and the Democrats have accomplished nothing. One black Alabama fan said, “I wish they would get stuff done instead of harassing the president.”

WATCH: Americans tell CNN that President Trump has been treated unfairly by Democrats.

"I wish they would focus on getting stuff done instead of harassing the President." pic.twitter.com/vI2U79mlbG

Another found a way to say the obvious: Jeffrey Epstein didn’t kill himself!!!

Interested in more national news? We've got you covered! See More National News
Previous Article Remember When JBE Said Louisiana’s Economy Was The Best In The South? About That…
Next Article National debt surpasses $23 trillion mark, adds $4.1 billion more in one week