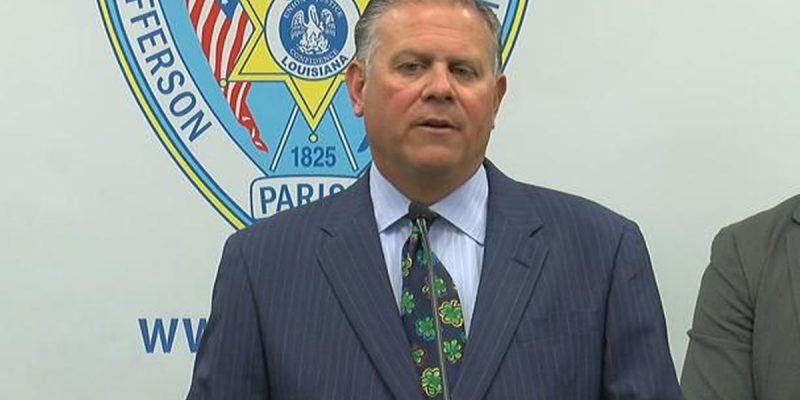 While driving home at lunch I listened to local talk radio. The well-known announcer, clearly a defrocked Republican, now an Edwards’ camp follower, bristled at President Trump’s help for Rispone. The call-ins were as usual, proclamations of being long time Republicans, followed by savage attacks on the character of Eddie Rispone.

I usually don’t pay attention to these types of phony callers or even listen to this show, but it was interesting to note that they all marked their attacks with the same Edwards’ campaign talking point. I suppose that they were plants from the Edwards’ campaign, but let’s look at what they had to say.

Their common point was that Rispone doesn’t specifically define what he will do. We hear that from Democrats, we hear it from the media, we hear it all time. I know Rispone and I have heard his talks, read his material, and heard all four debates that he has participated in. I know what he is telling us, and I know that with minimal trouble anyone who really chose to could easily understand his goals. But that point doesn’t fit the Edwards’ narrative so I will leave it at that.

After hearing the radio announcer and his callers engaging in the attacks on Rispone, I decided to go to the Edwards’ campaign website just to see what detailed plans and proposals he had posted.

OH MY GOD! There is nothing! Nothing except a bunch of generalizations and global comments!

He states no specifics on education, nothing on fixing the Medicaid mess he made, nothing on attracting business in order to stem the out-migration of our best and brightest, nothing on reducing the outrageously high insurance rates, nothing on anything! He only has a few comments on some of his far left wing social issues, and that’s about it.

I guess that should be of no surprise. I have watched him closely for his four years as governor and I can tell you that I have not heard him make any proposals or express any ideas on anything except Medicaid, releasing prisoners, and increasing taxes.

Nothing, nada, zip – there is not one specific on anything on his site, nor I have I heard even one.

I don’t blame Edwards for not stating with specificity what he will do. I know that to do so places a leader in a box, a box that we should not want them to be in. All leaders must be flexible and responsive to other ideas and changing circumstances. To place a leader in a box takes away an important tool that all leaders must have, flexibility.

And I also know that one of the oldest political tricks is to create fear amongst special interest groups by taking bits and pieces out of context from one’s opponent’s plans and twisting them to create maximum negative impact. Too much detail becomes political ammunition against a politician, so no successful politician, including Edwards, does it.

Case in point the two main retired employee associations have already sent letters to their members telling them to vote Edwards, because Rispone will take their benefits away. This, not unlike when he sent scare letters to elderly threatening to throw them from their nursing homes, all comes from a well-honed tactic used by the Edwards people to rally support by using fear. It doesn’t matter that Rispone has never suggested anything remotely like that nor that it is illegal, they say it anyway.

To me the issue of detailed plans is but a tempest in a teapot anyway. What I decry though is the absolute hypocrisy of media types, Edwards supporters, and, most especially, Governor Edwards himself for deploying such a hypocritical attack against Rispone, when in fact Edwards has done the same thing. And I point out that, without apparently even once investigating the governor’s website, by repeating the Edwards’ talking points about this, the media has become complicit in his hypocrisy.

All anyone must do is look. There is nothing there. Nor, in my mind, should there be, but being hypocritical does not surprise me in the least. And a media willing to attack Rispone by buying Edwards’ talking points doesn’t surprise me either.