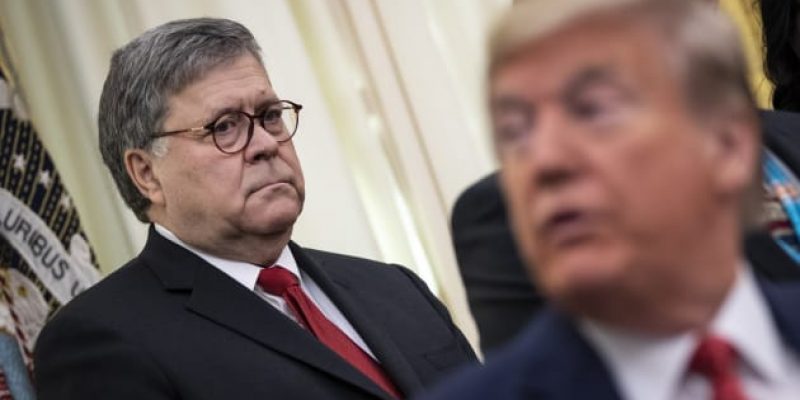 Attorney General William Barr sat down for an exclusive interview with NBC news last week, expressing his grave concern over the treatment of the Trump campaign by the FBI in 2016 and the endless investigations that followed which have plagued President Trump’s presidency.

Barr, America’s “top cop”, also served in the position under President Bill Clinton. He argues that the original investigation into the Trump campaign, which preceded the Mueller investigation, was “completely baseless” saying,

“Remember, there [never] was, and ever has been, any evidence of collusion and yet this campaign and the President’s administration has been dominated by this investigation into what turns out to be completely baseless.”

Barr explained that the FBI relied on misleading information known as the Steele Dossier which was  opposition research paid for by the Democratic National Committee. The DNC then effectively manipulated the FISA courts to sign off on the surveillance of the Trump campaign.

Barr emphasized the historical importance of the injustice saying,

Department of Justice Inspector General Michael Horowitz testified before Congress last week and echoed that sentiment, saying that it was the first time a presidential candidate has been under surveillance.

Horowitz and Barr appear to disagree, however, on whether or not the surveillance was justified. The IG’s report finds that it was while Barr and Special Counsel John Durham disagree.

When asked by NBC if his reservations were based on civil liberties Barr responded,

“I think our Nation was turned on its head for three years, based on a completely bogus narrative, that was largely fanned and hyped by an irresponsible press. I think there were gross abuses of FISA and gross misbehavior that is intolerable in the FBI. And the Attorney General’s primary responsibility is to protect against the abuse of the intelligence apparatus and make sure that it doesn’t play an improper role in our political life. That’s my responsibility and I’m going to carry it out.”

Time will tell what conclusions and consequences come from Durham’s investigation into the origins of Russian “collusion” but judging by General Barr’s interview, some heads may still be destined to “roll” before the election.