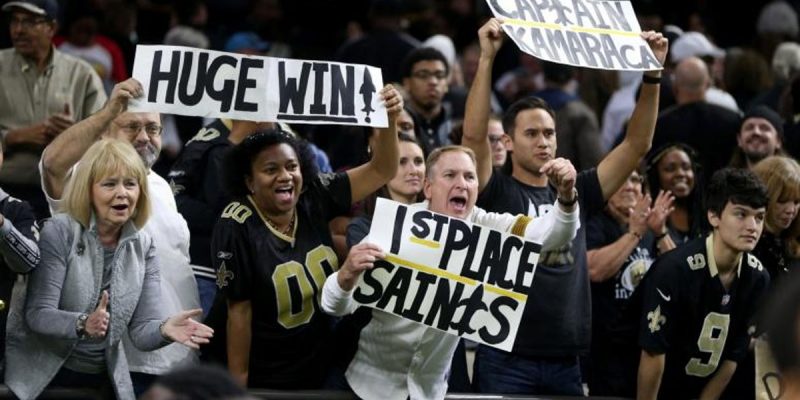 It might be Week 13 on the NFL Schedule but for the New Orleans Saints and San Francisco 49ers, the playoffs begin on Sunday.

Currently the Black and Gold sit atop the NFC but it is a tenuous hold as their first seed status is by virtue of tie-breakers, with the Saints, 49ers, and Seattle Seahawks all having 10-2 records.

If the Saints were to lose at home to San Francisco on Sunday, they’d tumble out of first place in the NFC and trail the Niners by a game and a half with three contests left, with retaking that position highly unlikely.

Further, they could fall as low as third in the conference assuming the Green Bay Packers defeat the hapless 3-9 Washington Redskins.

Having secured the NFC South and holding the tie-breaker against the “leading” team in the NFC East, the Saints can’t finish worse than third though that slot comes without the coveted first round Wild Card bye and home field advantage in the postseason.

The optimists viewed it from a holistic standpoint, excited about winning on the road on a short week and clinching the first objective, icing the division, with a stout 10-2 record.

And the well-circulated GIF of defensive tackle Shy Tuttle crumpling Falcons quarterback Matt Ryan with a stiff arm added some flavor to the dish. 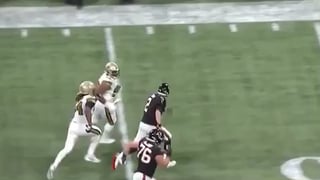 And then there were the pessimists who got stuck on the sloppy play that kept the offense out the end zone too often and a hands team on three kickoff attempts (one was negated by a Falcons penalty) that couldn’t recover a short kick they knew was coming.

And the Falcons were without wide receiver Julio Jones.

Count me in the latter camp.

Yes the defense did amazing (and brutal) things to Ryan, but penalties and butterfingers stalled Saints’ drives and extended Falcons’ drives.

What was good enough play to win a division where the other three teams have losing records won’t go far against the historic bane of the Saints franchise’s  existence.

The Niners enter the game leading the conference in points scored and also having surrendered the fewest points as well, and are +166.

The Saints are sixth in the NFC in points scored and fourth in points allowed, standing at +50.

Not having the reliable hands of old catching Drew Brees’ passes have contributed to the offense not being able to stay on the field, putting their defense to the test. So far the D has weathered extended turf time and horribly inconsistent officiating.

If Wil Lutz is accounting for a high percentage of the scoreboard points on Sunday against a stingy SF defense then the Saints will need some help from Green Bay’s rivals in the NFC North to salvage a first round bye as the second seed.