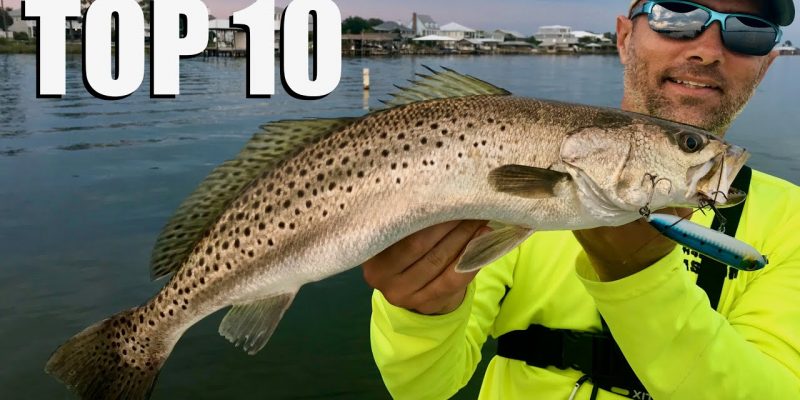 Spend enough time on a boat, and you’ll see some really crazy sights. But I had no idea at this same time last year what was in store for me throughout 2019.

I witnessed events that, for me at least, had no precedent in more than 40 years of hardcore fishing. They will likely never be duplicated.

I compiled them all into a Top-10 video, included below, so check it out to see the events actually occurring. But following is the list:

10. In February, I caught five species of game fish on a single fishing trip.

9. Also in the late winter, I was having success catching crappie on a river near my house, when I began to hear a drumbeat far in the distance. Before long, I realized it was a marching band from a local high school. They marched right in front of me, performing “Play That Funky Music,” while I put fish in the boat.

8. In marshes that hold redfish and speckled trout, largemouth bass don’t get very big, but in late June, I caught one that weighed north of 4 pounds, which is a true trophy for the area.

7. Also in June, while vacationing in Florida, I caught a long, heavily spotted speckled trout on a Matrix Mullet.

6. In early April, my longtime fishing buddy Jonathan Ryan accidentally hooked and got boat-side three alligators while targeting speckled trout and redfish. Neither of us had ever hooked even a single alligator in more than 50 combined years of fishing.

5. In August, after coming out on the short end of a challenge, I was forced to use gummy worms to catch redfish. The tasty confections actually worked!

4. Our gator-hooking trend continued, when my nephew Jake Springer snagged a gator and used his bare hands to wrangle the large reptile. Maybe not the best decision ever, but we got our hook back!

3. In January, a fellow boater told us we were lucky he didn’t run us over before lowering his throttle and jumping on plane less than 5 feet from our boat.

2. In May, my buddy Justin Bowles and I came upon a beast of an alligator that had clamped down on a bull redfish, and wasn’t about to let go despite the intense protestations of the fish. Really an incredible sight!

1. Then in December, I hooked and landed a largemouth bass that had broken my son’s line 15 minutes earlier in a completely different stretch of the bayou we were fishing. The fish still had Joel’s hook and lure in its mouth.

Like the video? Please give it a thumbs-up, and subscribe to the Marsh Man Masson channel on YouTube. Also, leave a comment below. What was your favorite moment from our top 10 list? What about your year? Anything really interesting happen while you were on the water in 2019? Tell us about it.

Interested in more news from Louisiana? We've got you covered! See More Louisiana News
Previous Article SADOW: Per JBE, Louisiana’s Got To Keep High Taxes “For The Children”
Next Article APPEL: Sorry, Gov. Edwards, But Tort Reform Is Crucial To Dragging Louisiana Forward