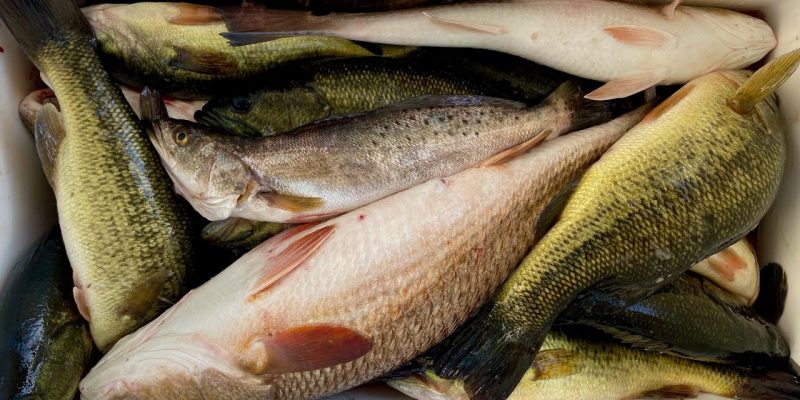 I don’t know if Andy Williams was an angler, but when it comes to fishing in South Louisiana, he’s absolutely right: It is indeed the most wonderful time of the year. Harsh December cold fronts can absolutely wreck the most solid of fishing plans, but on days that are more seasonable, the action just doesn’t get any better than in the weeks leading up to Christmas.

That was certainly true on my most recent fishing trip. I took along my good friend Chris Macaluso of Baton Rouge, and we kicked off the trip with the goal of catching speckled trout, redfish and marsh bass. As we often do when we fish together, we added a little twist: Each angler would have to pick one speck, one red and one bass to weigh, and cumulative weight would win. But the angler would have to weigh the fish as soon as it was caught, and couldn’t weigh any other fish in the same category.

It made for a highly entertaining fishing trip, particularly since the agreed-upon penalty was one neither of us wanted to pay.

Along the way, we had just a spectacular day, catching fish almost everywhere we went. The outing perfectly illustrated how productive the South Louisiana marshes are — particularly this time of year.

Like the video? Please give it a thumbs-up, and subscribe to the Marsh Man Masson channel on YouTube. Also, leave a comment below or on the YouTube page. This was one of my favorite challenges we’ve done. What did you think about it? Got any other competitions in mind for us to attempt?

Interested in more news from Louisiana? We've got you covered! See More Louisiana News
Previous Article WAGUESPACK: The Voters’ Mandate Was Clear
Next Article Landry And Kennedy To LA House Republicans: No Deals Across The Aisle On Speaker Race