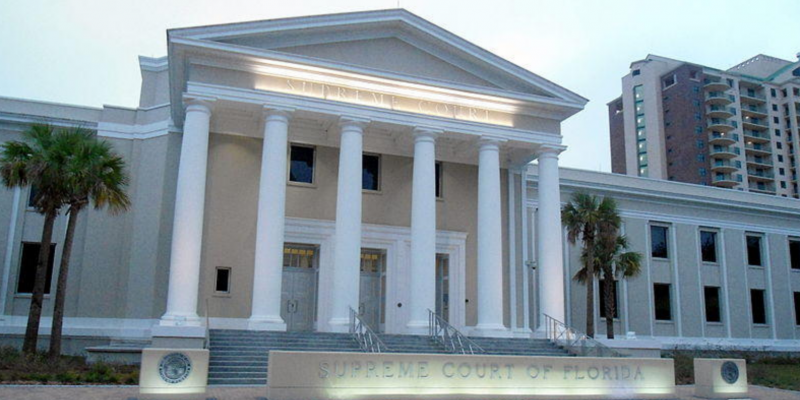 The Florida Supreme Court upheld the state’s argument that felons must pay all fines, fees and restitution owed before they can be eligible to vote.

In the meantime, the state Supreme Court’s ruling was “advisory” because the lawsuit is a federal case.

DeSantis asked the court to issue one to clarify what the court understands the law to mean regarding “completion of a sentence’s terms.”

“There is no basis to conclude that ‘all terms of sentence’ excludes any (legal financial obligations) ordered by the sentencing judge,” the 4-1 opinion states. “Indeed, an abundance of statutory and case law supports the conclusion that fines, restitution and fees and costs all comfortably fit within the ordinary meaning of ‘all terms of sentence.’”

They argue restitution is part of a “sentence” and “although fees and costs can reasonably be said to differ in many respects from restitution and fines, various court pronouncements and statutory provisions similarly support including them within the scope of Amendment 4’s phrase ‘all terms of sentence.’”

“Amendment 4 is now a cash register justice tool and will never live up to the promise Florida voters expected,” Florida House Minority Leader Rep. Kionne McGhee, D-West Park, said. “Almost 65 percent of voters in this state chose to restore rights to our returning citizens, regardless of their financial means. We cannot, morally or constitutionally, tie the ability to vote with the ability to pay.”