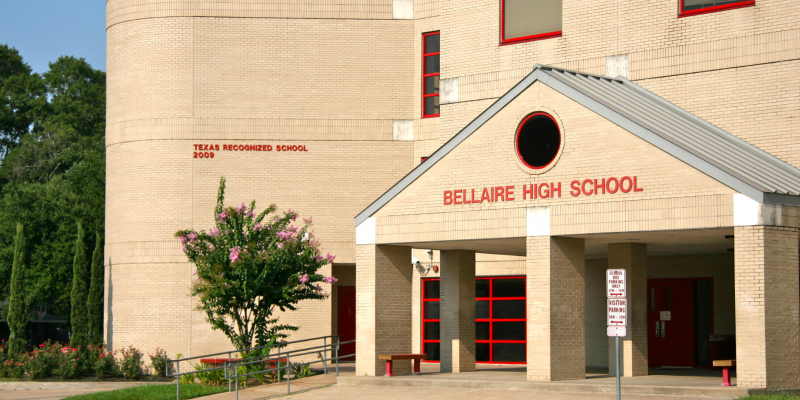 The Houston Police Department did an excellent job yesterday after a high school shooting in the gentrified neighborhood of Bellaire, Houston, finding the suspect who had gone on the run within hours. A 16-year-old student, who was shot in the chest and died, was killed by his classmate.

Some reports are saying the shooting is drug-related.

Another teenager was allegedly shot in the Gulfton Rd. area of Houston just a few miles west. The neighborhood’s population is comprised of primarily foreign-born residents. Officials urged residents to stay inside until the suspect was found.

In Bellaire, the first 911 call came in about 4 p.m. The caller said one student shot another and fled the scene. City officials urged people to stay inside until they found the shooter.

The shooting suspect and another suspect were taken into custody around 7:40 p.m. The alleged shooter was arrested.

According to officials, one of the suspects was found hiding behind a dumpster at a grocery store a few miles away on Chimney Rock Road.

“I extend my deepest condolences to the young man’s loved ones and to all students, teachers and staff at Bellaire High school,” Houston Mayor Sylvester Turner said in a statement.

Bellaire High School’s classes are cancelled today. Staff were asked to come in.

Houston ISD received a lot of backlash for initially announcing within an hour of the shooting that the high school would be open Wednesday and classes were on.

Reports on social media indicate that the high school had found guns in illegal possession of students on Sept. 25, Oct. 3, and Oct. 28.

Interested in more news from Texas? We've got you covered! See More Texas News
Previous Article The Entire Rationale For A Clay Schexnayder Speakership Is A Lie
Next Article OWEN: Why Not Louisiana? Why Not, Louisiana? (Part 2)