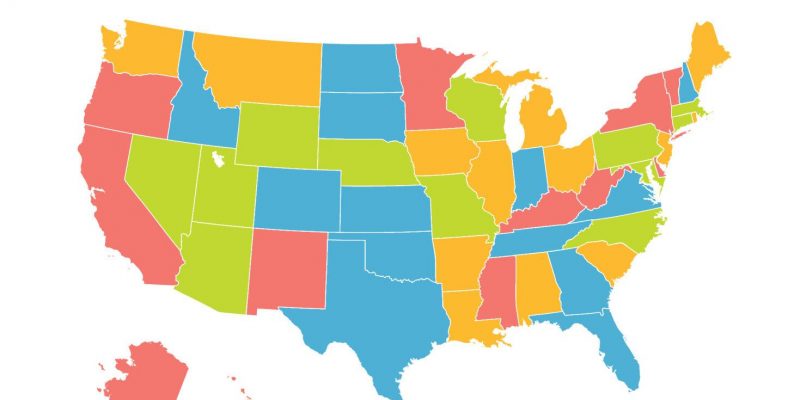 Historically, economic freedom has been declining in North America, according to a new report published by the Economic Research Center at The Buckeye Institute in partnership with Canada’s Fraser Institute.

However, its 2019 Economic Freedom of North America report indicates that several U.S. states are faring better.

The most economically free state in the U.S. is New Hampshire, followed by Florida, Tennessee, Virginia and Texas, according to the report. 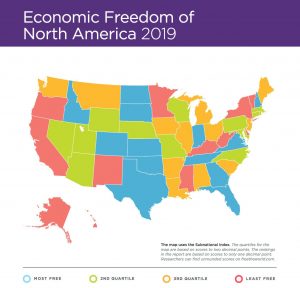 “As the size of government expands, less room is available for private choice,” the authors of the report conclude. “When the government taxes one person in order to give money to another, it separates individuals from the full benefits of their labor and reduces the real returns of such activity.

“When government owns what would otherwise be private enterprises and engages in more of what would otherwise be private investment, economic freedom is reduced,” they add. “Policymakers should seize the chance to prioritize workers by lowering their tax burdens and level the private sector playing field with smart regulatory reforms that promote job creation and business investment.”

The report ranks every state and province in North America based on economic freedom, as measured by government spending, taxation, and labor market restrictions. The current rankings are based on data from 2017.

Andrew J. Kidd, Ph.D. , an economist with The Buckeye Institute’s Economic Research Center, said Ohio is one of the state’s that struggle with economic freedom.

“Ohio still falls well below the national average in providing a competitive, economically free environment for its citizens and businesses to build economic prosperity,” Kidd said. “The results of which we see in Ohio’s slower economic growth and higher unemployment.”

The institute argues that policymakers can improve the state’s economy by reigning in government spending, reducing “needless regulations,” and simplifying the state’s tax structure.

The Fraser Institute has measured economic freedom in every state and province in the United States, Canada, and Mexico for 15 years, “creating a comprehensive assessment of trends in economic freedom.” The Buckeye Institute and its Economic Research Center co-published the report for five years in a row.

Interested in more news from Texas? We've got you covered! See More Texas News
Previous Article Texas lands No. 2 on Forbes’ ‘2019 Best States For Business’ ranking
Next Article Texas increases funding for art by 200 percent in 2020