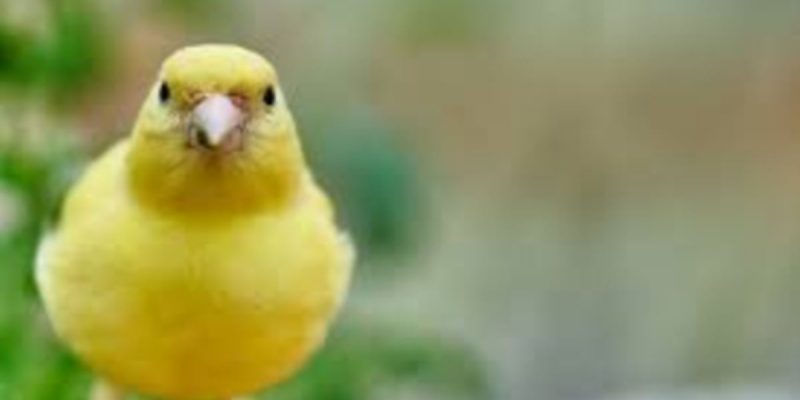 In old times miners would bring a canary into their mine with them. The reason was that a canary would succumb to poisonous gases before the gas level became so high that it would kill the miners. In our modern time the expression “a canary in a coal mine” is a metaphor for a warning signal that danger is lurking.

And just like those miners, we should be aware of the demise of a canary that was reported in the news last week. With little fanfare a once significant New Orleans based financial powerhouse, Howard, Weil, Labouisse, and Fredericks, closed its doors. But like the many canaries that have been dying for some time in New Orleans, and for that matter in Louisiana, I doubt that anyone other than myself will raise the least concern about this event.

But let me try once again by defining the context within which this event becomes significant. Fifty years ago, the New Orleans economy was a balance of a strong international commerce sector (not just the port but a fully integrated business sector), a strong oil and gas sector, and a small tourism sector, with aerospace and manufacturing thrown in the mix. The City was booming as, attracted by those core business sectors, there were vast numbers of support businesses that triggered the construction of most of the high-rise buildings that dot the downtown area. During this period the population of Orleans Parish peaked at about 625,000 souls and the region saw strong population growth in Jefferson and St. Tammany Parishes. Remember the talk of a monorail to the Northshore and a regional international airport linking the New Orleans and Baton Rouge regions?

By forty years ago the international commerce sector had decamped to Miami, Houston, and other places more attractive to business. About the same time, the adoption of container technology at the Port had replaced so many of the manual labor jobs that had once created a middle-class path for thousands. In those days New Orleans was still in economic competition with Atlanta and Houston for jobs.

By thirty years ago the exodus of the oil and gas sector was in full flow, aerospace was a shadow of what it had been, and most manufacturing was gone. In their place we saw some growth in the form of what is today a strong tourism sector. This sector had started to supplant the declining sectors as the most critical for job creation, but higher paying corporate jobs were being replaced by lower paying tourism jobs.

The loss of the stronger economic sectors should have been canaries to the political and business leadership of the city and the state, but those canaries died in vain. Over the last ten years more canaries perished, as New Orleans lost the headquarters of the major banks that had once made New Orleans a national financial center. What was once the Business District, became the Hotel District; what was once the Warehouse District, became the Residential District. Many high-rise commercial buildings have been or are in the process of being converted into condos or hotels, another canary signaling that the demand for office space has declined to the point that property owners find that conversion to non-commercial uses is their only option. Other than at the Port, investments made by state and local government focused entirely on tourism and sports, as the city’s infrastructure and services crumbled.

The demise of such an icon as Howard, Weil is a canary that metaphorically reflects on the end of the New Orleans that was indeed the Queen City of the South. But even as all those canaries were falling dead, not once was the alarm raised. Not once did liberal city government recognize that a city doesn’t create opportunity and prosperity through government transfer of wealth. Not once did populist state government step in to protect what had once been the economic engine of the state. Since the collapse of the Roemer Revolution during the time that Jim Bob Moffet led the Chamber, not once has civic leadership had the courage to confront government with the message that a growing New Orleans economy was critical to everyone’s future and that only a sustained and dedicated effort could salvage what was left and start on the road to recovery.

So today, after fifty years of retrenchment, the New Orleans economy is a far different creature than during New Orleans’ heyday. Today, with diminished corporate and industry presence, it is a city that must depend upon a pervasive tourism sector, one that for thousands of citizens only creates a relatively low baseline of income. It is an economy that offers little for people who have the credentials and the drive to demand for themselves a better life through economic opportunity. Therefore, out-migration of the best and brightest is the rule, as those expatriates follow the companies who themselves have long ago departed. Upward mobility is a word missing from our vocabulary; worse, citizens have been lulled into a belief that a non-diversified, tourism-based economy is just fine. Little do the people realize that lurking just around the corner disaster awaits. When, as is only inevitable, our nation slips into recession, the first thing that American people and companies will do is to eliminate luxuries such as travel. With that will go the tourism sector and thousands of innocent citizens will see their jobs disappear or their wages cut.

Yet the response from New Orleans’ and Louisiana’s government and civic leaders to the New Orleans economic disaster? Only the sweet song of canaries chirping in abject ignorance of their fate.

The fifty-year erosion of the economic base of New Orleans is as tragic an event in human history and as potentially devastating as was the decline and fall of another once great American city. Detroit was once a world class powerhouse, but the people became dependent upon liberal economics and leadership and the world moved on, leaving Detroit behind. In New Orleans’ case; different root causes, the same reaction from government and civic leaders, potentially similar outcomes. I suppose we should all stock up on canary feed.