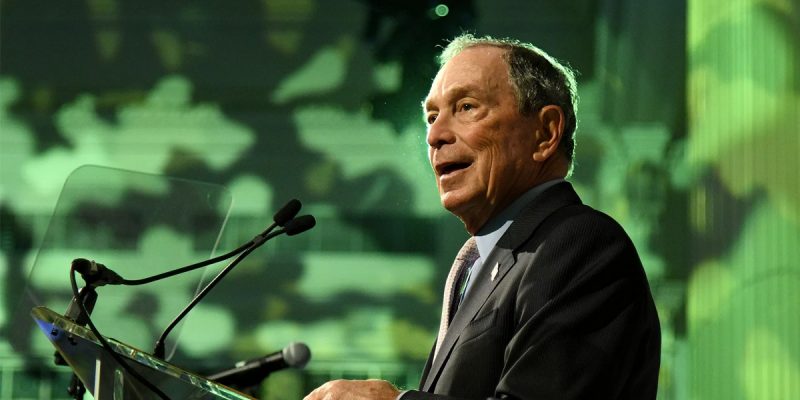 Meet Michael Bloomberg, perhaps the wealthiest man ever to seek the Presidency, and he is willing to spend billions of dollars to cure all the evils that plague the United States. But as the days flip by, Americans are realizing how limited the powers of the Presidency are and how so many other politicians want to limit that power even more. Yes, the United States seems to have many unquenchable social problems: homelessness, drug addiction, illegal immigration, street crime, human trafficking, crumbling bridges and roads, to mention a few.

But along comes Bloomberg with his sacks of cash promising his wealth and experience will make those problems disappear. How? Because he has enough money to buy the White House. That’s it. That’s all.

The United States budget is controlled by Congress, not the President. It is in the red because our government spends more than it drills the taxpayer for every year. Mr. Bloomberg knows this very well. He is banking on deceiving the American voter that his business acumen will solve all our problems. Really?

If Mr. Bloomberg is serious about curing our nation’s problems, he should not be throwing his money into the political winds, but spend his money on remedies. He doesn’t need the White House to accomplish that. His profligate spending on his candidacy is obscene and will not solve anything. Money might get him elected, but he does not have the understanding, nor will, to get in the gutter and change the multiple maladies which are hobbling our country.

Mr. Bloomberg, if you are serious of changing this country, then apply your wealth directly to the problems of this country. You are only seeking status, and God knows we have enough people who go about their day oblivious to the causes and cures of the nation’s problems.

You can do more for this country by staying home and spending your money, not our money, directly on the solutions, without the myriad of restrictions forced upon a president. Spend your money wisely and effectively.