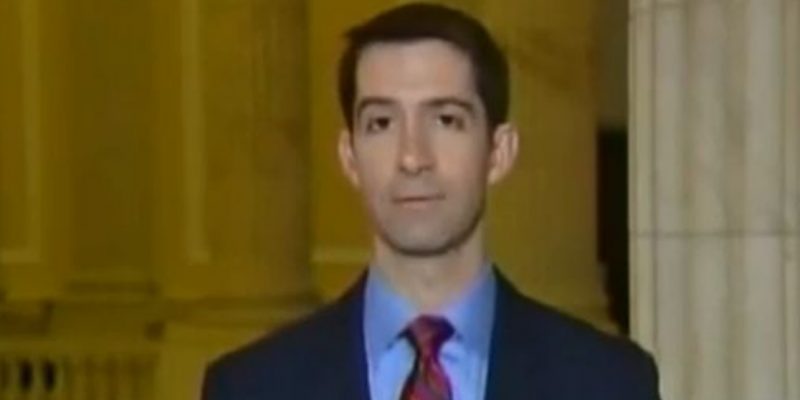 Many provisions in the failed Senate bill touted as an essential aid to help those on the front lines battling the coronavirus includes a litany of pork barrel spending that is totally unrelated to emergency relief for the virus, critics contend.

The $2 trillion “Coronavirus Aid, Relief, and Economic Security Act’’ bill, or the ‘‘CARES Act,’’ failed to pass the Senate Monday by a vote of 49-46.

Sen. Joe Manchin III, D-W. Va., said the bill, which includes $500 billion for businesses, states, and cities, makes the Senate look “more focused on the big corporations and the health of Wall Street than we are on the health care of the people in rural America and Main Street.”

In response to a tweet posted about the Democratic add-ons by Townhall political editor Guy Benson, Cotton said, “This report is correct. Pelosi & Schumer are willing to risk your life, your job, your retirement savings for a radical, left-wing wish list that has nothing to do with this virus. Disgraceful.”

“Not only are these completely unrelated to the coronavirus epidemic, they could prevent companies from participating in the loan programs altogether – directly causing unnecessary layoffs,” an aide to Cotton said, according to a report by Fox News.

Of the Democrats’ efforts to add non-coronavirus items to the bills, Sen. Mitch McConnell said, “They ought to be embarrassed. This is no time for this nonsense.”

Another example in the House version is a plan to use taxpayer money to pay for private union pension debt, which critics note appears to be similar to provisions in HR 397, the Rehabilitation for Multiemployer Pensions Act of 2019, which the House passed last year. The bill proposed using taxpayer money to fund private union pension plans through investing in the stock market, and to fund loans to cover unfunded pension debt totaling $638 billion at the time.

“The bailout-without-reform plan would do nothing to fix the underlying problems and would instead incentivize union pension plans to become more underfunded so they could receive taxpayer funds,” Rachel Greszler, research fellow in Economics, Budget and Entitlements at the Heritage Foundation, argued after the HR 397 was passed last year.

“Risking taxpayer money in the stock market and making loans to insolvent pension plans is no solution,” she added. “Instead, Congress should improve the Pension Benefit Guaranty Corporation’s solvency, prevent plans from overpromising and underfunding pensions, and help plans minimize pension reductions across workers.”

One provision in the 1,100-page House bill broadly expands the definition of an employee for companies that take stimulus money. For those that do, the bill stipulates a mandatory $15 dollar minimum wage for employees and independent contractors.

The House bill expands the Family and Medical Leave Act to apply to smaller employers, requires airline companies to give a seat on their board to a union member, repeals the Federal Collective Bargaining Executive Orders issued by President Donald Trump, proposes erasing up to $10,000 in student loan debt per person, and secures election-security funding.