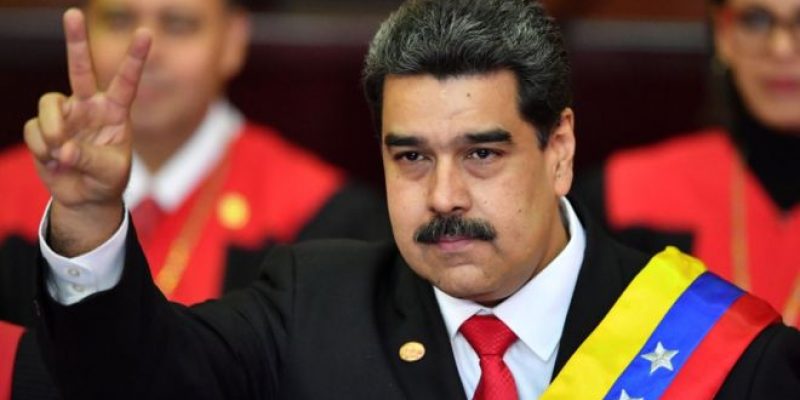 In a stunning development, the United States has announced formal charges against Venezuela President Nicolas Maduro, 57, and a $15 million reward for information leading to his capture.

The U.S. also charged other top Venezuelan government officials for turning the Country into a “narco-state” and trafficking more than half a million pounds of cocaine into the U.S. every year.

U.S. Secretary of State Mike Pompeo made the announcement this morning on Twitter saying,

“Today, the U.S. announced rewards to bring former Maduro regime officials responsible for international narcotics trafficking to justice. The people of #Venezuela deserve a transparent, responsible, representative government that serves the needs of the people.”

The news comes as only the second time in American history that the U.S. government has announced criminal charges against the head of a foreign state. The first time was back in 1989 when prosecutors captured and convicted Panama President Manuel Noriega who died in a Miami prison in 2017.

The United States is also seeking the capture of several other government officials including:

“While holding key positions in the Maduro regime, these individuals violated the public trust by facilitating shipments of narcotics from Venezuela, including control over planes that leave from a Venezuelan air base, as well as control of drug routes through the ports in Venezuela.”

This development is the culmination of years of diplomatic strife with the once-flourishing South American country.

President Donald Trump hosted Venezuelan opposition leader Juan Guaido at the 2020 State of the Union in February, recognizing him as the acting President of Venezuela. Guaido received a standing ovation from both sides of the aisle in Congress.

Interested in more national news? We've got you covered! See More National News
Previous Article SADOW: There Will Be Some Wuhan Virus Budget Cuts At The Capitol
Next Article COVID-19 Orders Now Voluntary? They Are In Austin