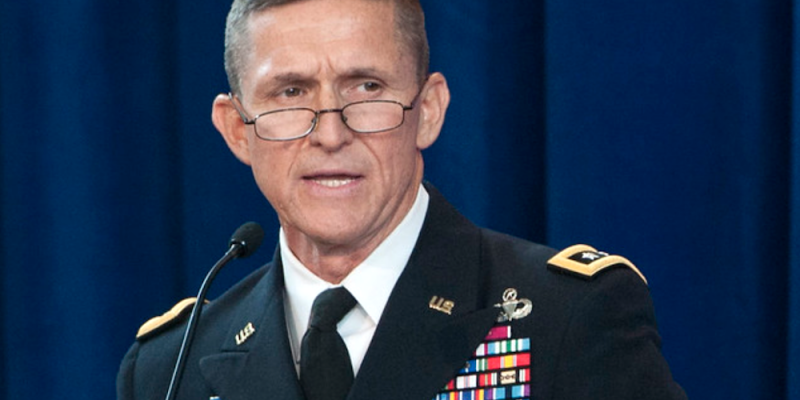 Retired Lieutenant General Michael Flynn, who previously pled guilty of lying to the FBI, has since withdrawn his plea deal and will likely be exonerated this week amid claims that he was framed by federal agents.

Attorney General Bill Barr appointed a special prosecutor back in January to look into the origins of the Flynn investigation and others that may have been politically-inspired.

President Trump retweeted the new development which was first broken by Fox News anchor Maria Bartiromo who wrote, “Breaking News: sources tell me @GenFlynn will be completely exonerated this week.  It was a total fraud.  A Set up. More tomorrow”

The President also retweeted a post by Flynn’s sister which included a clip of Rep. Devin Nunes’ (R-CA) Fox News interview over the weekend in which he says, “…he was framed by his own government. Imagine that, being framed by our own government and being framed by political operatives who don’t like you. And I think that’s what we’re gonna find out.”

Nunes told Fox that newly declassified documents are aiding the investigation into the investigators, adding that exculpatory evidence vindicating Flynn may have been submitted to the court on Friday.

The story is very concerning not only because General Flynn was a well-respected military leader for more than 33 years but also because he served on the Trump campaign and was also selected to serve as National Security Advisor to President Trump.

Flynn’s attorney Sidney Powell filed a motion last week to dismiss the charges against him saying on Saturday that the government provided Gen. Flynn with “evidence that proves Mr. Flynn’s allegations of having been deliberately set up and framed by corrupt agents at the top of the FBI.”

If the “deep state” can set up General Flynn, they can set up anyone so it is encouraging to see justice within reach. Stay tuned for more updates as this story develops.

Gen. Flynn was also one of the fiercest critics of 2016 Democrat presidential nominee Hillary Clinton, calling her to withdraw from the presidential race at the Republican National Convention and leading the crowd in chanting “lock her up.”

See Flynn’s rousing speech for yourself: