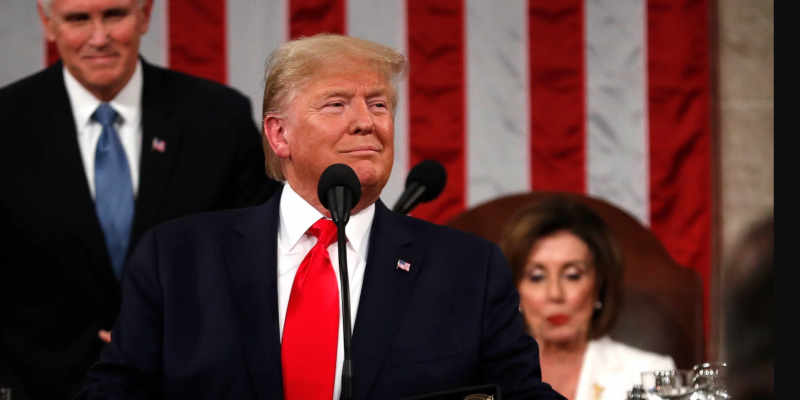 The U.S. Senate finally agreed to a bill to help small businesses after Speaker of the House Nancy Pelosi’s expose on ice cream made national news. The bill will distribute an additional $484 billion to businesses and the health care industry affected by the coronavirus economic shutdown.

The House is expected to pass the measure soon, the President Donald Trump said.

“We had a very big day today,” Trump said Tuesday at the opening of his daily news briefing at 5 p.m.

Treasury Secretary Steve Mnuchin said the package will help businesses continue to pay employees whose jobs have been impacted by stay-at-home orders issued to slow the spread of the novel coronavirus.

“We have over a million companies that have received it with less than 10 workers so there is very broad participation,” Mnuchin said of the CARES Act that passed in late March. Many small businesses complained the CARES Act dollars ran out before they were able to qualify.

About 22 million people have filed for unemployment benefits over the past four weeks as “nonessential” businesses have been forced to close to slow the spread of the disease. Some states have seen unemployment rates as high as 26 percent, according to 50economy.org.

“We look forward to all these small businesses getting money” from the new legislation to keep their employees on the payroll, Mnuchin said.

The $484 billion deal includes $310 billion for the Paycheck Protection Program so businesses can continue paying employees. It also includes an additional $60 billion for a small business emergency grant and loan program, $75 billion for hospitals and $25 billion for a new coronavirus testing program. Many governors have said testing needs to be expanded to fully reopen their economies.

Trump said that 20 states representing 40 percent of the population are making plans to reopen their economies soon.

Trump also announced an executive order temporarily restricting immigration into the U.S. to give American citizens who have lost their jobs because of stay-at-home orders the first chance to find new jobs.

“We must first take care of the American worker,” Trump said.