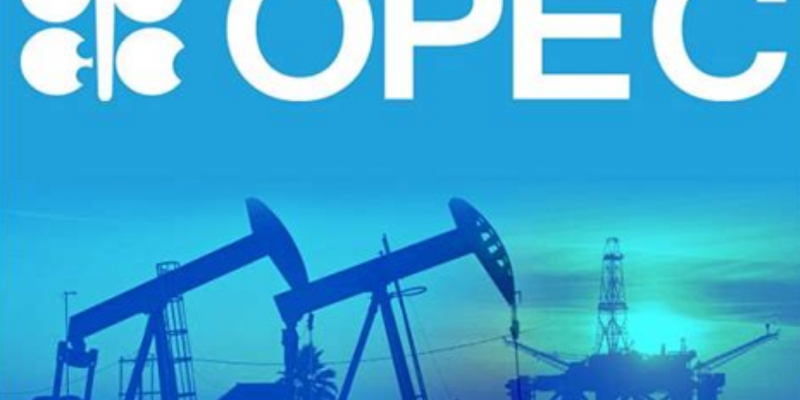 After weeks of failed negotiations, OPEC has initially agreed to reduce oil supplies by 9.7 million barrels per day (BPD), or 10 percent of global oil production, beginning in May.

After a call with President Donald Trump on April 9, Saudi Arabia and Russia agreed to reduce the bulk of their oil supply. Non OPEC+ producers agreed to a combined cut of 3.7 million BPD. However, Mexico, the lone holdout, refused to meet OPEC’s request to reduce oil production by 400,000 BPD. In order to get Mexico to agree, Trump got involved.

“Having been involved in the negotiations, to put it mildly, the number that OPEC+ is looking to cut is 20 Million Barrels a day, not the 10 Million that is generally being reported,” Trump tweeted Monday. “If anything near this happens, and the world gets back to business from the Covid 19 disaster, the energy industry will be strong again, far faster than currently anticipated. Thank you to all of those who worked with me on getting this very big business back on track, in particular Russia and Saudi Arabia.”

The voluntary agreement between OPEC and non-OPEC producers, if followed, will result in a 9.7 million BPD reduction in May and June. After June, Nasdaq reports, the supply cut will drop to 8 million BPD for the remainder of the year and to 6 million BPD from January to April 2022.

“This extended reduction will burn off supplies that have piled up in storage over the past month as a result of the demand destruction from the COVID-19 outbreak and a surge in production from Russia’s price war with Saudi Arabia,” Nasdaq says.

Rystad Energy Oil Markets said “OPEC+ has decided to bail out the global oil market.” The company expects “gradual shut-ins as the deal comes into effect on May 1” and projects that the 9.7 million BPD from OPEC+ and potential 5 million BPD from non-OPEC+ will help narrow the 27 million BPD gap between supply and demand.

Daniel Yergin, oil historian and vice chairman at IHS Markit, praised the deal Monday, telling CNBC that “Trump, who has been a critic of OPEC for years, is the one who put it together. Of all the deals he’s done in his life, this has to be the biggest. Not only was he a deal maker, but he was also something of a divorce mediator.”

Both Goldman Sachs and Zero Hedge calculated that a 9.7 million BPD production cut is “nowhere near enough to offset the plunge in demand,” which is estimated to be between 20 and 36 million BPD due to travel restrictions and stay-at-home orders in response to the COVID-19 pandemic.

“The deal will only dull the pain, not end the crisis,” Javier Blas at Bloomberg News said. “The market is likely to remain overwhelmed for months to come by the catastrophic collapse in demand caused by the lockdowns designed to slow the spread of the coronavirus through some of the world’s biggest economies.”

Russian Energy Minister Alexander Novak told Russian news agency TASS that he did not expect oil markets to recover before the “end of the year, in the best case.”

Market watchers were hoping for a deeper initial reduction of 15 million to 20 million BPD to help offset the steep demand decline from COVID-19, NASDAQ says.

But the agreement prevented a worse disaster, Yergin said.

“This agreement goes two years, so it’s also meant to manage the inventories downward over that period of time,” Yergin told CNBC. “What this has done is averted what really would have been a disaster for the oil industry and I think it does give some stabilization.”

OPEC’s next meeting is scheduled for June.

Despite the oil war, the U.S. remains the largest oil producer in the world. Since 2018 – for the first time since 1973 – the U.S. began producing more oil than both Saudi Arabia and Russia. With Texas at the epicenter of the U.S. shale boom, and ongoing production in the Permian Basin of West Texas, the U.S. Energy Information Agency predicts the U.S. will continue to lead in oil production for some time.