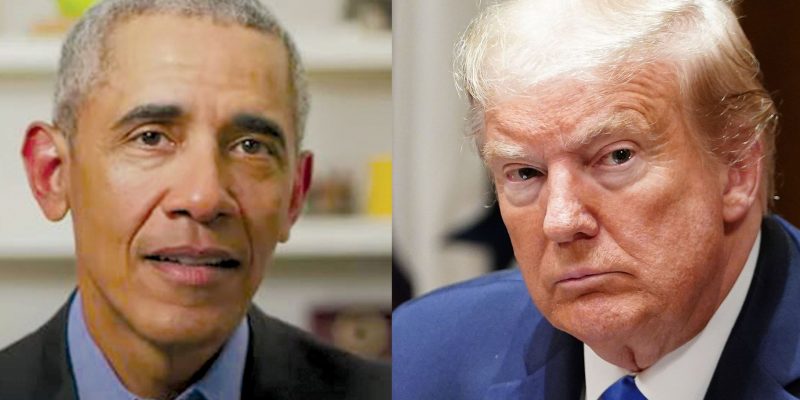 I suppose it had to happen. Based upon his performance, or lack of performance, presidential candidate Joe Biden has been marking time while sequestered in his home and the Democratic power brokers have started to panic. It was only a matter of time before the Democrats had to roll out their superstar to attempt to redeem the situation. And roll out President Obama they did, as he blasted away at President Trump with barely a mention of his old Vice President’s ambition.

Does Obama hate Trump? I think that at least in political terms the answer is a resounding yes. Does Obama support Biden? I suppose that that based upon his history of not having endorsed his old Vice President speaks to his lack of passion for him.

Perhaps Obama’s newfound support of Biden comes from his allegiance to the Democratic Party, but I believe that there is a much more compelling reason for him to jump in to save the day. Obama is a proud man and he has a compelling story. He came from nothing to become the most powerful man in the world and he has a sea of followers who swoon at every word that he says. His ego, well concealed behind his amazing turn of the word, is tremendous. But that is also a fatal flaw.

There is one thing that a proud person hates to see and that is the dismantling of his legacy. Dismantling of the Obama legacy is exactly what Trump has based his entire political career on. From a conservative perspective Obama and his policies were an abomination that was a direct assault on the raison d’etre of America, a direct affront to the Founding Fathers and to the Constitution. Conservatives point out that Obama left international standing and domestic race relations at an all-time low, job creation and GDP were all but flat, government dependency exploded, the national debt skyrocketed even as military preparedness diminished. In general, there was a general conception that as President, Obama had promoted that America’s time in the sun had passed and on the world stage he was more than willing to accept our continuing decline.

One incident of many emphasizes conservative contempt for the Obama legacy. To paraphrase him as he was trying to help the Clinton campaign – how is he (Trump) going to bring manufacturing back to the US, does he have a magic wand? Obama was saying that no one could have done better than he at reviving the post 2008 economy, but to his chagrin within a couple of years Trump had done just that and exponentially so!

For the first three and half years of his term, and despite increasing savage attacks by desperate Democrats and their media allies as they sought to overturn his Presidency, Trump has systematically dismantled the Obama legacy. And even as Trump has succeeded in pulling up his policies by the roots, Obama has had to watch a Democratic Party, lacking his style of leadership, swing radically Left and end up preparing to nominate a hapless Joe Biden.

In the early going Obama chose not to do anything to help Biden, perhaps because he thought someone much more formidable would emerge. But no, the Democrats ended up with a stage full of weak candidates and settled on the one whose claim to the nomination was that it was his turn (though he had unsuccessfully run several times before, once even withdrawing in disgrace over plagiarism). And so, Obama was left with little choice other than to hope against all odds that he could pull it out for the Democrats and that he would have some influence over Biden.

Obama is now desperately trying to salvage what is left of his legacy. He has fired his opening salvos against Trump, and we should expect that he will dominate the airwaves as the surrogate for the ever-inept Biden. He and the Democrats know that Biden is best when Biden is out of sight, so expect to see President Obama and Michele Obama all over the media.

As to his legacy I am not at all sure he can salvage anything. If Trump prevails it is obviously gone. If Biden wins, he will be such a weak president that the socialist wing of the Democratic Party, not Obama, will dominate policy. Obama was always a left leaning Progressive, but he was not so far Left as those who will rewrite history. And he knows that.

My prediction is that though Obama will fight vigorously to save his legacy, he will end up with little to show for it. We know what America will look like after a Trump victory, an end to the Obama legacy and “Make America Great Again”. On the other hand, should he succeed in pushing Biden over the goal, he would soon realize the folly of his desperate efforts as the far Left would dissolve his legacy to create a revolution in America.

When the dust settles Obama will probably just be left with the positive goodwill that he has curried by being Obama and by being the first African American President, but that will be about it. Though no one will remember why, through history Obama will be relegated to being thought of as a popular liberal, but one whose most meaningful legacy was that he was the catalyst for major political change in America, as the nation consolidates either as more conservative or as more socialist.

So, perhaps it is fitting that the Obama legacy, the legacy that rent the nation apart more in recent times than any other has, will probably just be relegated to a footnote in history.

Interested in more national news? We've got you covered! See More National News
Previous Article Former Election Judge Convicted of Stuffing Ballot Box for Democrats in Multiple Elections
Next Article YOU DON’T SAY: Fauci Tells CNBC What Many Americans Have Been Shouting from the Rooftops