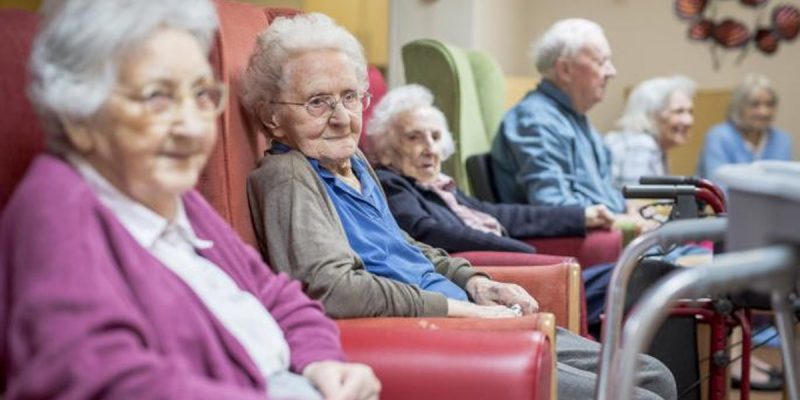 The term “comorbidity” has been everywhere recently, as everyone wants to know the risk factors that result in coronavirus fatalities.  It’s well known that the elderly are particularly vulnerable.  I recently came across an interesting article describing how the elderly are treated around the world.  According to the article the elderly are an important component of the culture of Asia, Latin America, and most Mediterranean societies.

Mainland Europe and the United States are a different story, however.  It quotes anthropologist Jared Diamond, who studies how the elderly are treated across the world.  He says the elderly in the United States and the United Kingdom live “lonely lives separated from their children and lifelong friends.”  It also notes the elderly in these countries are often forced to move into retirement communities, assisted living facilities and nursing homes as their health deteriorates.

The exception was France, which added Article 207 to its civil code in 2004.  The article requires children to honor and respect their parents, pay them an allowance, and provide (or finance) a home for them.  The article was passed after a heat wave killed over 15,000 people.  The majority of these fatalities were elderly, and some were not found until weeks after they died. Louisiana, the only state in the United States that has a civil code, does not have these financial commitments.

Another article summarizes a report by the Italian College of Anesthesia, Analgesia, Resuscitation, and Intensive Care which states “It may become necessary … to establish an age limit for access to intensive care.”

Most western civilizations are, of course, developed from Judeo-Christian tradition.  This tradition is crystal clear on our duties to the elderly.  Here’s a partial list in alphabetical order: Deuteronomy 5:15, 27:16, Exodus 20:11, Leviticus 19:32, Proverbs 23:22, and several others.  The fourth commandment, thou shalt honor thy father and thy mother, sums them up pretty well.  Note that the first three commandments deal with our relationship to God, and the fourth through tenth commandments address our relationship with other human beings.  I believe that the fourth commandment is listed first in the human-centric commandments for a reason.  Simply put, I believe it’s the most important of the human-centric commandments.

I contend that most of the Ten Commandments are really hard to follow.  It’s often difficult not to covet your neighbor’s possessions.  We all know that too many people are adulterers, thieves, and murderers.  Each of the Ten Commandments are important, and it’s in their nature to be difficult to follow.  If honoring your father and your mother was as simple as the occasional phone call or gift, then the fourth commandment simply wouldn’t exist.

But I’m not writing this article to lecture you and make you feel guilty.  I’m writing to make a point about the Wuhan flu, so I’ll continue.  The stated purpose of social distancing, self-isolation, and business closure is to save lives.  Many articles have already been written about how allowing abortions to continue when other surgeries and procedures are forbidden doesn’t exactly seem consistent with the principle of saving lives.  But that’s not the only medical oddity.  There’s a first-person account written by Kannie Yu LaPack, describing how a California hospital forced a breast-cancer survivor to go home only hours after performing a double-mastectomy on her.  She was discharged while vomiting from the after-effects of the surgery.  Again, this was done to save lives.

The “save lives” argument seems particularly dodgy when it comes to the elderly.  I freely acknowledge that many people don’t have the resources to take care of their elderly relations, but this does not change the fact that many senior citizens are put into facilities to free their children from the “burden” of caring for them.  This leads naturally to establishing “an age limit to intensive care.”

Leaving our elderly to fend for themselves doesn’t just affect the elderly.  It’s obvious that it will affect us when we become elderly, but it affects us now by cheapening the value of human life now.  It leads to questions like “how much longer will he live anyway?” and rationalizations like “the last three years of life really aren’t worth living”, “he wouldn’t want to go on like this” and “I’m doing him a favor, really.”

It’s bad for society if the elder generation tells the younger generations that it’s okay to let them fend for themselves and die alone.  Conversely, the younger generations harm society when they feel they have a right to ignore their obligations to the elder generations that brought them into the world.  This still applies, as I recently told a millennial, even if they “really, really believe that boomers are destroying the environment” and even if “they’re going to die anyway”.  We’re all going to die anyway.  The two-way social contract between the generations is one of the foundations of a Judeo-Christian society.  That model has served western civilizations for about three thousand years now, and will continue for another few thousand years unless we’re foolish enough to abandon it.

The irony, of course, is that this is not the first generation to grapple with this issue.  Allow me to quote the synopsis of the post-apocalyptic novel “Logan’s Run,” which was published in 1967.

In the world of 2116, a person’s maximum age is strictly legislated: 21 years, to the day. When people reach this Lastday they report to a Sleepshop in which they are willingly executed via a pleasure-inducing toxic gas. A person’s age is revealed by their palm flower crystal embedded in the palm of their right hand that changes color every seven years; yellow (age 0–6), then blue (age 7–13), then red (age 14–20), then blinks red and black on Lastday, and finally turns black at 21.

Runners are those who refuse to report to a Sleepshop and attempt to avoid their fate by escaping to Sanctuary—a place where they can live freely in defiance of society’s dictates. Logan 3 is a Deep Sleep Operative (also called a Sandman) whose job is to terminate Runners using a special weapon called simply ‘the gun’, a handgun with selectable ordnance keyed to self-destruct if touched by an individual who is not the proper owner. Runners are most terrified of a weapon called the ‘Homer’, which homes in on body heat and ignites every pain nerve in the body, killing the target.

In Logan’s Run resources are scare so the government kills its citizens in order to be fair to everyone.  It’s not murder, it’s fairness.  This sick mindset forces those who want to continue living to seek out the semi-mythical Sanctuary, where they can live free of government control.

Is it really that much of leap to go from denying emergency care to those over 70 to denying it to those over 60?  To those over 50?  Remember, this is necessary to save lives.  It’s only fair! Maybe the beginning of a dystopian society starts with poor treatment of the elderly.  Think about that the next time you say “Okay Boomer.”

John Mason is an occasional contributor.  He hosts a radio show every Tuesday & Wednesday (starting May 12th), from 1:00 PM to 2:00 PM on WGSO 990 AM.  He’s also running for the Jefferson Parish Republican Executive Committee.