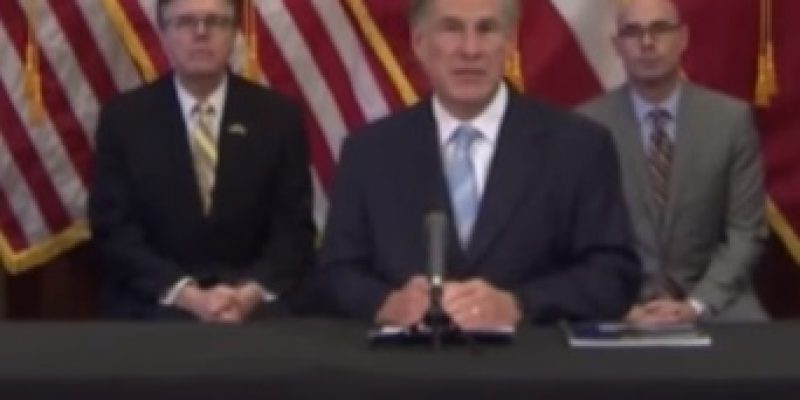 Added to barber shops and hair salons, which were allowed to open last week, businesses located in office buildings can open at a capacity of 25 percent of the workforce on Friday, Gov. Greg Abbott announced Monday.

The list of businesses available to reopen at a capacity of up to a 25 percent are listed at Gov.texas.gov/opentexas.

“Every decision I have made is unanimously supported by our team of medical experts,” Abbott said. “From Day 1 our mission has been to use data and doctors to open Texas in a safe and responsible way.”

Starting immediately, childcare services are able to open, the governor said. These include YMCA and boys and girls clubs.

Starting May 31, all summer camps, all daytime and overnight camps, including Vacation Bible School, scouting, 4H, youth camps and little league can open, allowing for specific safety guidelines that must be followed.

Some professional sports can return, Abbot said, including pro golf, softball, tennis, basketball, and others.

On June 1, summer schools will be allowed to operate as long as schools follow health protocols and social distancing guidelines.

“We must continue to place health and safety first and foremost,” Abbott said, explaining that the reopening guidelines are being pushed back in some areas where specific outbreaks have occurred. Roughly five counties can implement their reopening one week later than May 22, as surge teams are already on the ground helping slow the spread of the virus and provide treatment to those in need.

The coronavirus fatality rate in Texas is one of the lowest in America, Abbott said, and the recovery rate is one of the best in the country.

Abbott added that despite a surge of record unemployment in one month’s time, the state’s unemployment rate is one of the lowest out of the largest states by population, according to a Dallas Federal Reserve report. Unemployment in the state is directly because businesses were forced to shut down to slow the spread of the virus, Abbott said. When they reopen fully, jobs will come back.

The state is reopening because of the “downward trajectory as a percent of positive test results” that have been reported, Abbot explained. On April 13, for example, the positive test rate was slightly more than 13 percent, now it’s 5 percent, Abbott said.

As of May 17, there were fewer hospitalizations for the virus than any day since April 21, Abbott said.

There are roughly 18,967 active coronavirus cases out of Texas’ nearly 29 million population, or roughly .0006 percent of the population.